With the seventh pick of the 2011 Music City Miracles Mock Draft, the San Francisco 49ers (represented by ronburgundy7427) select: 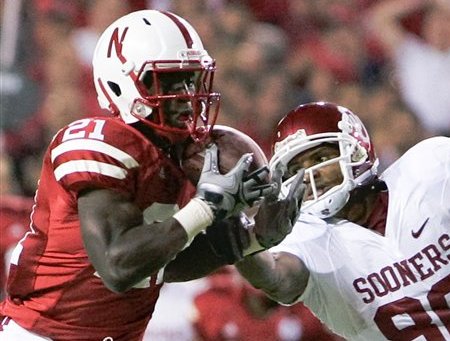 I see the 49ers as similar to the Titans; weapons on offense but no QB, and a defense that could use a facelift. I went back and forth between QB and CB, ultimately deciding to go for immediately upgrading the secondary since I'm not sold on any QB at seventh overall.

Their defense ranked middle of the pack, but that largely is due to a top ten run defense. Pass defense ranked 24th, and to break it down further, Football Outsiders has them 30th and 31st against opponent's 1 and 2 WRs respectively, indicating to me corners aren't getting it done. Nate Clements is suffering "Nick Harper syndrome" and Shawntae Spencer is average at best, so with Peterson off the board, option 1B at CB in this draft is my choice to upgrade the secondary.

Now on the clock: natidawg and your Tennessee Titans