With the fourth pick of the 2011 Music City Miracles Mock Draft, the Cincinnati Bengals (represented by carlostable) select: 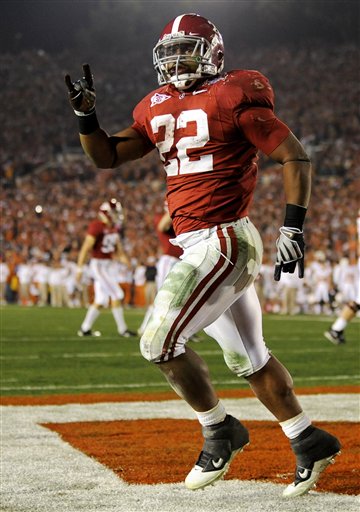 The Bengals are gonna have a worse off-season than the Titans. They are headed into a very long offseason. First off, there are rumors that their franchise QB Carson Palmer wants to be traded and so does their star WR Chad Ochocinco. T.O. is a FA I think and is just coming off surgey, so i would have picked AJ Green but he is gone.

So without further ado I will draft Mark Ingram. Mark is a big strong back and has speed silimlar to Cedric Benson. Benson is not the answer as the Bengals ranked 27th in rushing yards per game.  They need a boost in their running game if they want to be successful, and I believe Ingram will help.

Now on the clock: Ice0ne (CAJ) and the Arizona Cardinals