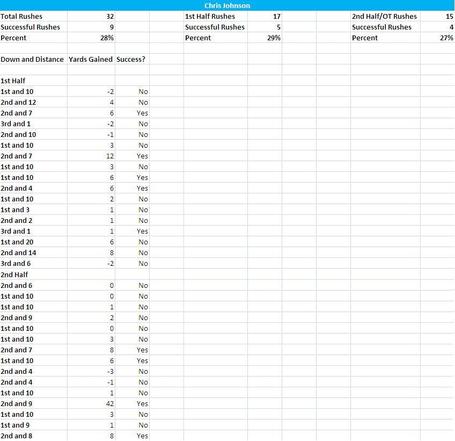 By this metric CJ was more successful this week than last week.  The success number is going to continue to be bad until other teams think the Titans will throw a pass.  More on that later..