Share All sharing options for: Chris Johnson Success Rate Against the Pittsburgh Steelers 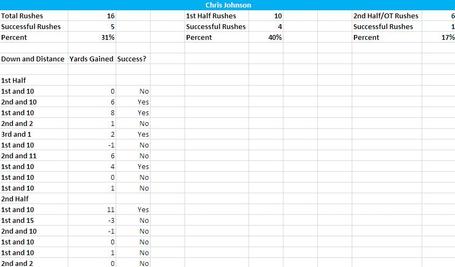 Not a good day for the Titans offensive line or for CJ. Here's to hoping they can find more success against the Giants next week.