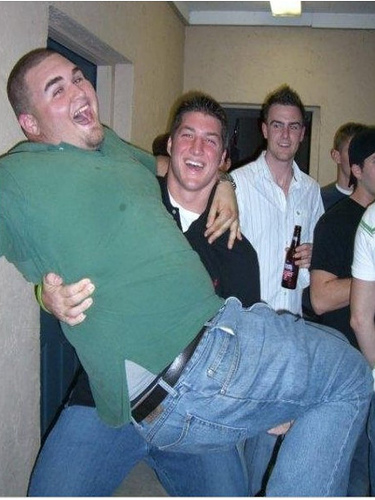 With the hiring of Josh McDaniels in 2009, the Denver Broncos have quickly become one of the NFL's most interesting teams.  It's been a roller coaster ride for Broncos fans:  the hiring of McDaniels, trading Cutler, the 6-0 start, the 2-8 finish, trading Brandon Marshall and culminating in trading up to get Tim Tebow in this year's draft.

Follow me through the jump for a look at the Broncos 2009 Season, the offseason, and three keys to winning this matchup.

The 2009 season didn't play out how one would expect when hiring an offensive guru like Josh McDaniels.  The offense went from being one of the best in football in 2008 (2nd in DVOA) to fairly average in 2009 (18th in DVOA).  Conversely, the defense improved dramatically from 31st in DVOA in 2008 to 7th in 2009.  Some of this is certainly due to a lot of house cleaning done by McDaniels and his staff, including acquiring Brian Dawkins from Free Agency and trading Jay Cutler to the Bears.  The season started with a bang with the Broncos starting the 6-0.  But, things didn't end the way Denver would have liked.  The team finished the season 2-8, ending on a low note with a demoralizing 44-24 loss to the Kansas City Chiefs.

So, what do the stats tell us?  Well, for starters, this team really missed Jay Cutler.  Kyle Orton was serviceable, but you wonder what McDaniels could have done with the up and coming Cutler.  Moreno showed flashes of brilliance at times, but didn't really look like a first round draft pick in his rookie year and had trouble holding onto the football at times.  On the other side of the ball, Brian Dawkins proved to be a huge addition, and really helped turn this defense around.  Additionally, the switch to the 3-4 seemed to benefit this team, especially in pass defense.

For all the noise the Broncos made the previous year, they weren't especially active in Free Agency this year.  The only somewhat notable signing was Jarvis Green (DE), formerly of the Patriots.  The Broncos were, however active in trading this year.  They sent Peyton Hillis (RB), a 2011 6th Rounder, and a conditional pick in 2012 to the Cleveland Browns in exchange for Brady Quinn (QB).  Additionally, after constant struggles in the locker room and off the field, the Broncos traded Brandon Marshall to the Miami Dolphins for a second round pick in 2010 and a second rounder in 2011.

The Broncos continued to trade during the draft, moving up and down during each day of the draft.  In the end, McDaniels and company made two controversial decisions in round one.  They selected WR Demaryius Thomas with their first pick with Dez Bryant still on the board.  Then, later in the round, they traded with the Baltimore Ravens to get back into the first round and draft Tim Tebow.  Looking back two or three years from now, I'm convinced that, for better or worse, the selection of Football Jesus will define McDaniels career.  Subsequent picks weren't nearly as polarizing or noteworthy, and generally were used to add WR, OL, and CB depth.  Their picks can be viewed here.

1. Run, Run, Run.  This matchup sets up well for us, as their weakness on defense clearly involves stopping the run.  Give CJ the ball, and don't stop.

2.  Stick with inside, power runs.  Same strategy as I'd like to see used against the Giants.  Running the ball inside eliminates some of the quickness of the 3-4.  Let that big offensive line go to work.

3. Protect the ball.  Denver was 2nd in the league in fumbles forced and 13th in interceptions.  The had a knack all year for forcing turnovers.  Don't force any throws, and keep the football close to the body on running plays.

This matchup looks good for the Titans.  While I'd generally be fearful of a McDaniels offense, Kyle Orton doesn't exactly strike fear into my heart.  And, in the absence of a good passing attack, we can compete with any team in the NFL.  On top of that, Denver struggled against the run last year, and we happen to have the best running game in football.  Titans win this one in classic Fisherball fashion, 20-10.