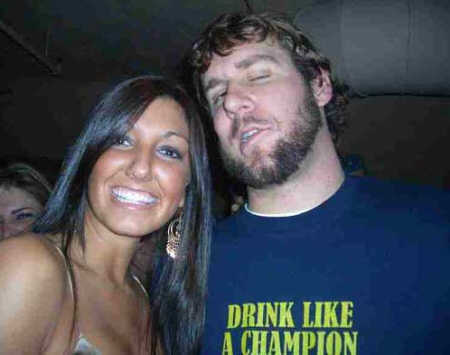 It's hard to categorize the past year as anything other than disappointing for Pittsburgh Steelers fans.  The defending Super Bowl winners followed up their championship season with a frustrating 9-7 regular season record that was riddled with injuries.  Things went from worse to bad this offseason as rape allegations surfaced regarding star quarterback Ben Roethlisberger.  Despite having charges dropped, Big Ben had his name dragged through the mud and ultimately was suspended for 4-6 games of the 2010 regular season.  Even worse, more bad news came out while the Big Ben investigation was going on that Santonio Holmes had thrown a glass at a woman in an Orlando nightclub resulting in a cut above her eye.  Holmes was subsequently traded in exchange for a fifth round pick to the New York Jets.  There is still hope for the Steelers in '10, but getting through the first four to six games without their starting quarterback will be a huge test.

Follow me through the jump for a look at the Steelers 2009 Season, the offseason, and three keys to winning this matchup.

It was a tale of two seasons for the Steelers.  Heading into week 10, they looked like one of the best teams in the league and a legitimate contender.  And, then the wheels came off.  Pittsburgh went on a 5 game losing streak, all in close games of 7 points or less.  Three of those losses came against some of the worst teams in the NFL; in Kansas City, home against Oakland, and in Cleveland.  Big Ben also suffered a concussion during this period that sidelined him for the Baltimore game during the middle of the slide.  Despite winning their last three games to close out the season, it was too little too late, as the team finished third in the AFC North and missed the playoffs.

The statistics above show that this team is completely departed from the Bill Cowher era.  Steelers teams of old prided themselves on punishing defense and a dominant run game.  The defense is still top notch.  But, this is a team that relies more and more on the passing game to generate offense.  On the defensive side of the ball, this team saw a big drop off in pass defense falling from 1st in Passing Defense DVOA all the way down to 14th.  While you never want to put a defense's decline on one guy alone, it was clear that cornerback William Gay wasn't ready to step up in to a starters role following Bryant McFadden's departure.  It's hard to poke too many holes into the Steelers defense, as they are consistently a top tier unit.  If you had to, pass defense is probably the one with the most room for improvement.

For the most part, Pittsburgh did not make a big splash in Free Agency.  The most well known pickup is Antwaan Randle-El (WR) who was previously with the Washington Redskins.  Larry Foote (MLB) also rejoined his old team after a brief one year stint with the Detroit Lions.  Foote was a starter for the Steelers from 2004-2008.  Other pickups include, Will Allen (FS), Arnaz Battle (WR), and Jonathan Scott (OT).  Notable departures during the offseason were Santonio Holmes in a trade to the New York Jets, and the release of Fast Willie Parker.

The most notable transaction for the Steelers on draft day involved a trade.  They traded a fifth round pick to the Arizona Cardinals in exchange for Bryant McFadden (CB) and a sixth round pick.  The biggest household name taken in the Steelers draft came in the sixth round with the pick of Jonathan Dwyer, RB, Georgia Tech.  The Steelers used their first round pick on center Maurkice Pouncey from Florida.  You can view the rest of their eight picks here.

1.  Stop the run game.  Our strategy will be different from other teams that face Pittsburgh later in the season.  With Big Ben out, one of the main objectives must be to force this team to win on the arm of one of their backups (Dennis Dixon, Charlie Batch, or Byron Leftwich).  This point is further emphasized by the fact that they just lost their number one receiver, Santonio Holmes.

2. Establish the passing game.  There aren't really any glaring weaknesses to this Steelers defense, so you have to pick your battles.  In order to open up the run game, we need to establish the short-intermediate pass game.  Keep this aggressive defense honest with short passes and a good blend of running back and wide receiver screens.

3. Ball security.  Don't commit turnovers.  With Big Ben absent, I'd expect this one to be a low scoring affair.  Limiting interceptions and fumbles is always important, but it needs to be an emphasis in this matchup.

I think we're in for a close one, but will ultimately pull this one out.  The suspension of Big Ben is the difference here, as it limits their ability to exploit our God-awful pass coverage.  I think the score remains the same as last year, except it ends with us winning.  13-10 Titans.