Damian Williams was born on May 26th, 1988. Damian attended Springdale High School in Springdale, Arkansas, where he played for one of SuperHorn's mancrushes: Gus Malzahn. Damian seems to be one of the most decorated high school athletes we have had (at least that has been documented), so let's get right to it:

Damian graduated from Springdale High School in 2006, where he was one of the now infamous Springdale 5. Damian played wide receiver, running back and defensive back his senior year, and although he missed several games due to injury, he amassed 1,495 yards receiving and 24 touchdowns on 63 catches, carried the rock 31 times for 463 yards and 12 touchdowns, returned 8 kicks for 254 yards and 2 touches and intercepted 3 passes on defense (1 pick 6) along with 25 tackles. During Damian's senior season, Springdale went 14-0 and won the Arkansas State Championship, and finished ranked #2 in the nation. Damian was obviously an important part of that Championship run, and he has the National recognition to prove it. We all love a list:

So Damian already had a full trophy case when he decided that he was going to play college football for the Gators of the University of Florida. However, Williams changed his commitment in February of 2006 to Arkansas and joined two more of the Springdale 5 and Coach Malzahn as Razorbacks.

Williams jumped right into college football as a true freshman, appearing in all 13 games and starting 5 his freshman year. Damian ranked 2nd on the team in receptions, with 19, totaling 235 yards and 2 touchdowns. He was named Freshman All-SEC in 2006 and a 2006 Sporting News Freshman Third Team All-American.

However, because Coach Houston Nutt decided to design his offense around Felix Jones and Darren McFadden (Ed. note: HOW DARE HE???), Damian was unhappy with his lack of playing time and decided to transfer. He was granted his release in January of 2007, and enrolled at the University of Southern California for the spring semester.

Williams began practicing with the Trojans in spring of 2007, but his season of practice (Williams was forced to take a redshirt year in 2007 due to NCAA transfer rules) was cut short by shoulder surgery to repair torn ligaments.

Damian came back ready to play in 2008, and very early showed the skills that had made him such a highly recruited prep star. Williams was named a starting wide receiver, and quickly became on of the Sanchize's primary targets; catching 48 balls for 707 yards and 8 touchdowns. Williams capped off 2008 catching 10 passes for 162 and a touchdown in the Trojans' Rose Bowl victory over Penn State.

Williams junior year saw him post his best totals in catches and yards, with 70 for 1010, but only 6 receiving touchdowns. For the second season in a row, Damian saved his best game for last, totaling 12 catches for 189 in the Emerald Bowl against Boston College. Williams also returned 24 punts for 340 yards and 2 touchdowns in 2009. He ranked 9th nationally in punt returns and 1st in the Pac-10 for the 2009 season. He finished his career 11th on USC's career reception list with 128. Damian received several distinctions during and after the season. Hey! Another list!

Damian accomplished all of this working with a true freshman quarterback during a down year for Southern Cal football. Damian and his high school teammate Mitch Mustain founded Generate USC, a campus Bible study group at Southern Cal and he has already graduated with a degree in sociology, even though he had a year of NCAA eligibility left.

2009 highlight reel: including his punt returns against Oregon State and Cal

An interview with Damian following USC's win over SJSU:

And, to finish us off, the super awesome Sports Science segment on Damian Williams.

It was a long wait. I think that we are in complete agreement that we are very fortunate that Damian was there. We had Damian rated quiet high and there were even some attempts to get up to get Damian but they were unsuccessful and fortunately he fell to us. Damian is a complete receiver. He can play all positions, inside, outside and in addition to that he returns. He had two punt returns for touchdowns this past year. He has done kickoff sparingly but can do it but is a very, very talented punt returner and all around tremendous athlete. So were excited to bring him aboard. We think he will solve some of our return needs that we have had as of late. So we are very excited to get Damian

I think he can because he is a smart guy and has played in a pro style offense. He has everything you look for on film from a receiver he does.

Damian Williams-on how he thinks he will fit in with the Titans:

I think it will be good. The one thing I’ll get to work in the return game and that is something that I’m happy about and can’t wait to do. They have a great group of young guys at receiver and I can’t wait to go there and try to contribute 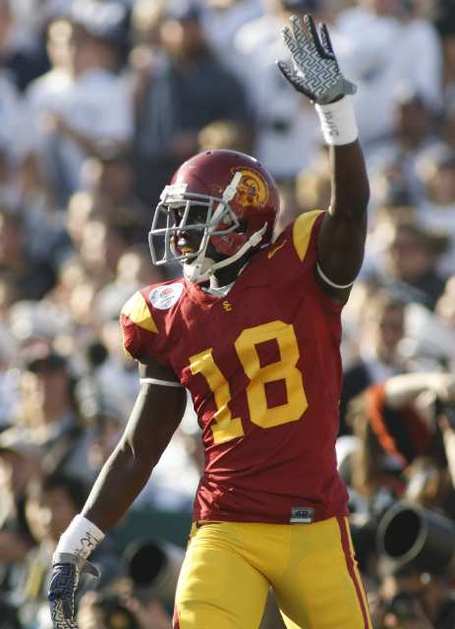 Hello to you as well, Mr Williams!