With the 23rd pick of the 2010 MCM Mock Draft, the Green Bay Packers (represented by SoCalTitan) choose: 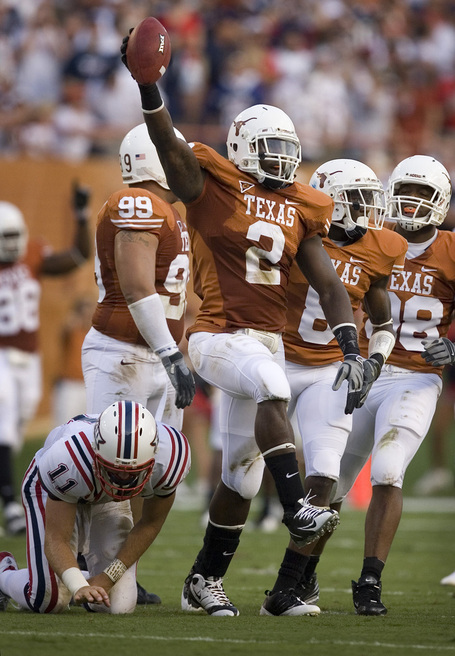 SCARY!!! That's all I can think for teams that will have to play the Packers defense with pass rushers like Matthews and Kindle. Packers have a few needs primarily youth at o-line, CB and S but with the Packers resigning both Tackles to multi-year deals even at their old age I think that means they are looking to developing some guys and not drafting a OT who would be ready to start on day 1 so with that I took the best available.

Sergio Kindle played DE/LB at University of Texas and became a starter his junior season. Kindle had racked up 62 tackles, 3 sacks along with 17 TFL and an amazing 36 QB pressures in his senior season. Some may think he had a better junior season with 10 sacks playing alongside Brian Orakpo. If any of you saw the National Championship game it was hard not to miss his 2.5 sacks on Alabama. Sergio has great athleticism and performed very well at the combine with a 4.7 40.

There aren't many weaknesses for Sergio on the field other then staying on the field. He has constantly had nagging injuries throughout his collegiate career and has had problems off the field but overall I think he is a great fit for the Packers.

Now on the clock: King Titan and the Philadelphia Eagles