With the 17th pick of the MCM Mock Draft, the San Francisco 49ers (represented by jmztitans2) choose: 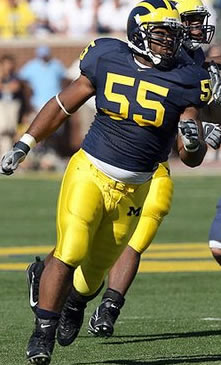 The 49ers have needs at safety and corner too. Earl Thomas could very well be the pick if he is here, and Kyle Wilson is a possibility. However, I think a rush linebacker is a big need, and the 49ers will take the best available in Graham. I don't think they will consider Clausen here. Two darkhorse players to think about: Taylor Mays, who Singletary may be able to get to play well, and Ryan Mathews, if the 49ers feel Gore is too injury prone/they could use a #2 RB. However, I think Graham could be the difference between their defense being good and elite.

Now on the clock: awjackso and the Pittsburgh Steelers