With the fourth pick of the 2010 MCM Mock Draft, the Washington Redskins (represented by crazylegs28) choose: 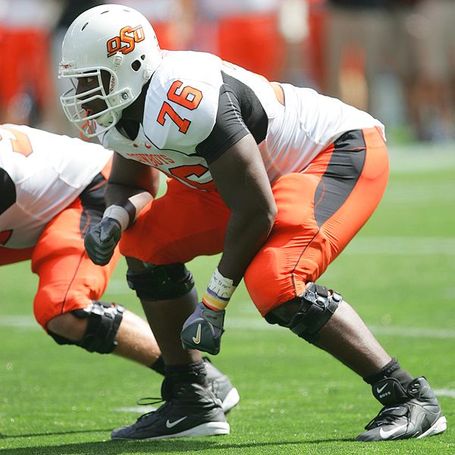 Some people may have the 'Skins taking a quarterback, but the biggest hole that the team had last year was their offensive line. Last year, Campbell was sacked 43 times and Betts and Portis combined for only 704 rushing yards and 3 rushing touchdowns.  Don't forget the fact that this anchors their offensive line by getting their left tackle set in stone for the foreseeable future and the fact that Chris Samuels retired.

Now on the clock: TNTitans and the Kansas City Chiefs