With the third pick of the 2010 MCM Mock Draft, the Tampa Bay Buccaneers (represented by WinnipegTitanFan13) choose: 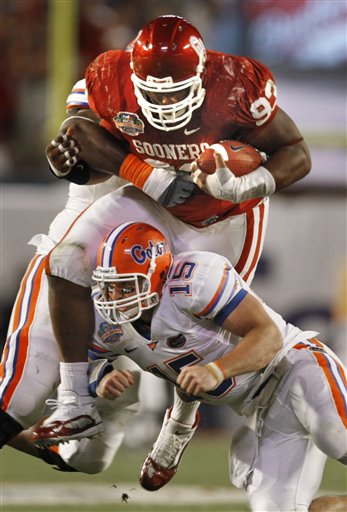 With Suh off the board, the Bucs will be elated to pick McCoy.  Tampa's run defence was atrocious last year, and a talented defensive tackle like McCoy will greatly improve the defensive line.  Mike Mayock actually has McCoy listed as the best DT in the draft, and he's certainly one of the best players available overall.  McCoy also is a three-point defensive tackle, something the Bucs really have not had since Warren Sapp left.  Gerald McCoy will fit well in Raheem Morris' defense, and wreck havoc on interior offensive lines.  Overall, this is a nice pick of filling a need combined with perhaps the best available player on the board.

Now on the clock: crazylegs28 and the Washington Redskins.