Share All sharing options for: Chris Johnson Success Rate Against the Miami Dolphins

It was easily CJ's most successful (by this metric) game of the season.  Could that have been because of the threat that a certain receiver poses to take the ball deep and take the top off the defense?  Probably, but that threat might not prove as beneficial IF THEY NEVER LOOK AT HIS SIDE OF THE FIELD!!!!!!!!1 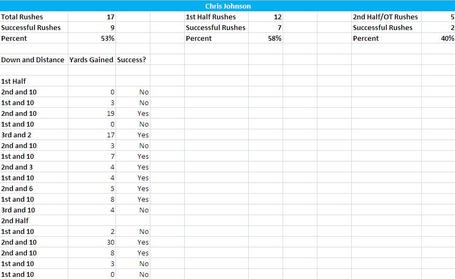