Share All sharing options for: Chris Johnson Success Rate Against the Dallas Cowboys 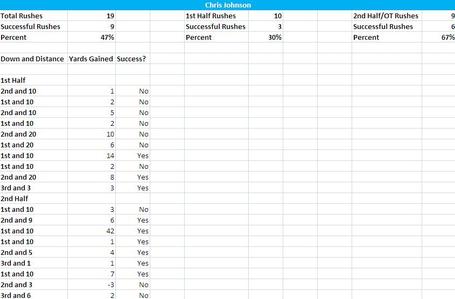 Well would you looky there. Throwing the ball down the field really does open things up in the running game.