Share All sharing options for: Create a Caption #4 Winner

It's Sunday Night for you guys, and MCM's fourth Create a Caption contest has a winner. Without further ado... 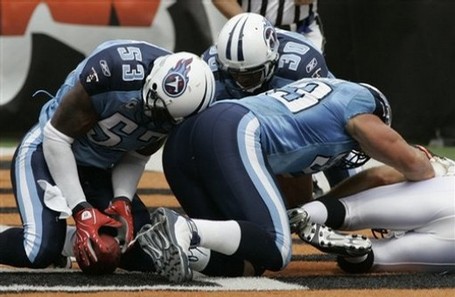 The winner is MCM user Sean S, with 5 recs. Titansfan615 deserves the runner up trophy with 4 recs.

Shi#...Ray Ray brought his gun to the stadium... Everybody Down…they took out CJ..know there goin for the rest of the team..

Thanks to everyone who participated. If you didn't win this time, don't forget to try again next week.