Share All sharing options for: Guide To Cutting Vince Young, For Dummies 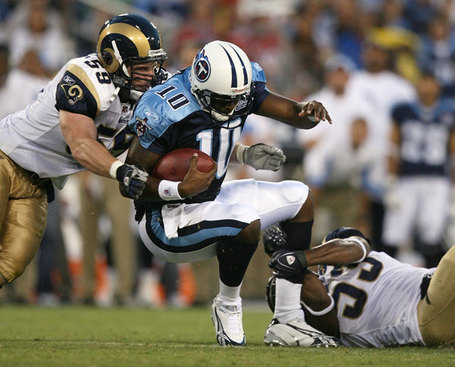 Paul Kuharsky of ESPN.com has a table with the definitive cap implications should the Titans retain or cut VY now or during the remaining three years of his contract.

So if we cut VY after the upcoming season, the Titans will gain $9.29 million on the cap over keeping him?  That's a Keith Bulluck and a Boom King right there with room to spare...

If VY makes it through the draft and training camp - then manages to regain the starting spot during the season - you'll still probably see this contract get torn up and reworked at the end of the season because there's no way he's worth a $14.21 million cap hit.  However, if VY is still in this situation after the 2009 season, then there is ZERO chance he stays a Titan.