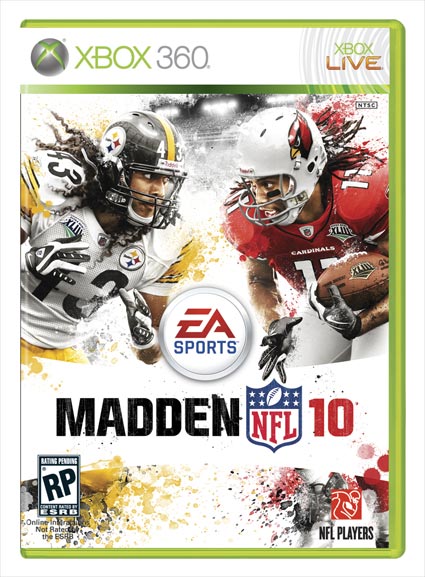 Yet another article teasing Titans fans with the prospect of a trade for a veteran wide receiver.  I already have the phrase 'I'm glad we didn't do it for that much money, that's crazy!' saved on my clipboard for easy pasting.  That said, this article is the most promising indication so far that we may actually pull the trigger on a deal for Anquan Boldin:

Yet while the Titans have been in contact with the Cardinals about top-flight receiver Anquan Boldin, according to sources familiar with the situation, nothing appears imminent with the draft now just a day away.

"It’s safe to say we’re always trying to get the team better, so we’ll continue to monitor various situations,’’ said Reinfeldt, declining to discuss Boldin specifically. "But there’s a numbers of players that are discussed at this point and time, that’s kind of the way it works.’’

Paul Kuharsky has excellent notes on the pre-draft presser from yesterday. You simply must read this for the comments on Harvin, Maualuga, the CB group and why Hakeem Nicks gained so much weight after the combine (preview: lots of guys crash diet to lose weight and shave off of their 40 time).

Here's your first look at the new cover for Madden 2010, featuring Troy Polamalu and Larry Fitzgerald.  Memo to Crazy Legs: NEVER accept an offer to be on the Madden Cover. EVER.

Gary Estwick takes a look at two very likely picks for the Titans in the first round: CBs Vontae Davis and Darius Butler.

Kevin Mawae's recovery and rehab progress are right on schedule after he tore a tendon in his elbow while dominating the Steelers.  One thing you have to love about a vet like Mawae is that he knows how rehab works and how much effort it takes to put in the work every single day.

Hard to believe I was two years old when Mel Kiper started working with ESPN.