2009 NFL Draft: That'll Knock The Commish Down A Few Pegs

Share All sharing options for: 2009 NFL Draft: That'll Knock The Commish Down A Few Pegs 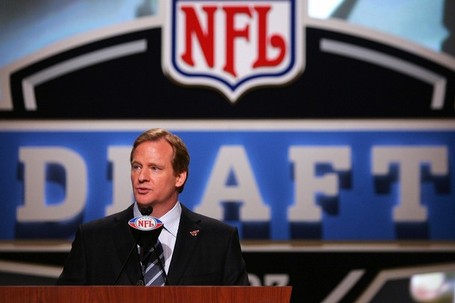 The Chargers are doing something that's never been attempted before with this year's NFL Draft: their picks will be announced on Chargers.com before commissioner Roger Goodell announces them at the podium and ESPN acts like it's their story to break. As crazy as that sounds on first hearing it, I have to say I'd eat this up if the Titans followed suit. Hardcore fans dedicate a lot of time to getting ready for the draft, and the satisfaction of knowing the pick before everyone else would be a nice, free reward.

Of course I'm sure the NFL front offices are already trying to co-opt this into their coverage so they can either lord it over the cable companies or charge fans extra for it. What do you folks think of this? Let us know in the poll and the comments below!