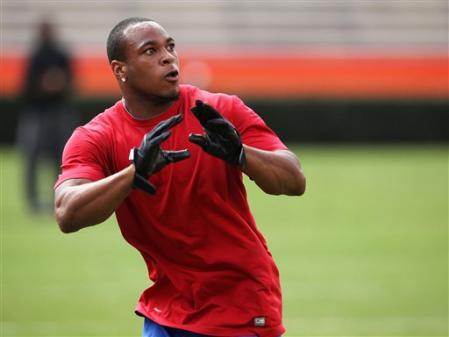 When teams prepare for the draft they categorize and analyze a mountain of film, workout results and rumors on almost every player. That's even more so the case for the draft's top prospects, in whom teams will invest millions of dollars and years of coaching. We all love to evaluate talent and results based on college production, combine results and the opinions of scouts, but there's one critical area that teams get a window into we are almost never privy to: character.

To that end, Pro Football Weekly has a must read piece up where the polled executives across the league on what top prospects have the most worrisome character concerns in this year's draft. The results are somewhat surprising to many because pretty much none of the top 5 have the normal red flags (arrests, suspensions, fights, unwillingness to play through injury) that we usually point to.

The determination on the part of these executives and GMs to stay away from these players is just as strong as you'd expect for a felon.

Checkout the last half of the write up on the object of many a Titans fan's desire (myself included until about 2 hours ago), Florida WR Percy Harvin after the jump, plus reports on other top prospects...

... nonetheless, one executive said Harvin would have to slip to the fourth round for him to consider rolling the dice on Harvin's character. Two others said they would not entertain the idea of drafting him at any price.Coachability, a posse of hangers-on, his lack of respect for authority and drug usage made Harvin a unanimous selection to become a repeated problem in the pros.

Wow. Here's an excerpt from the write-up on USC MLB Rey Maualuga:

... questions remain about [Maualuga's] maturity, accountability, trustworthiness, intelligence and ability to responsibly handle alcohol... One executive said he had positioned Maualuga just far enough down in the first round so that he would not be considered with the team’s first pick, hoping he would be gone by the time the second pick came around. Another evaluator said he did not envision Maualuga’s position on his team’s draft board being altered based on his character but, when pressed as to whether he would draft Maualuga in the top 10, said the pick would be "too scary."

I highly encourage everyone to read the whole article, which lists Michael Crabtree, Vontae Davis and B.J. Raji as the other top prospects with dicey character reports. Keep in mind, these are just the top guys this late into the process, not the obvious risks that are already docked rounds accordingly.

What should we take away from all of this? Just keep in mind when the names start being called in just over two weeks: we know a lot about these guys, but we don't know nearly as much as these teams. It takes a long of gifts to be a first round pick, but no matter how gifted a player is, it takes a mountain of hard work to become an All Pro. And that's the main difference between a boom and a bust.