Share All sharing options for: Pacman Failing at Failure 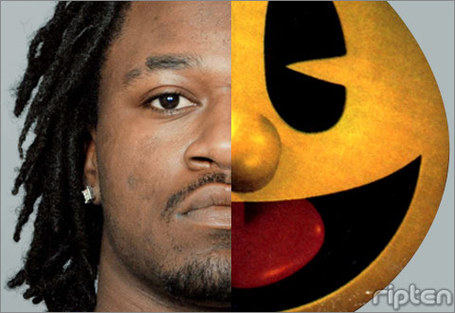 The man can't even film a reality show (Pros vs. Joes) without embarrassing himself:

One of the better collisions was one at the goal line between Jones and a "Joe" named Dan Adams, a 5-foot-10 sales rep from Boston who played linebacker at Holy Cross. He set an NCAA single-game record with a staggering 21 solo tackles against Colgate.

Anyway, Adams stuck Jones at the goal line, jarring loose the football. It was pretty funny, because Jones had been talking trash to that point, referring to Adams as "Waterboy." A few minutes after the hit, the two exchanged punches and had to be separated

How fitting that Pac got his block knocked off by a guy he was calling Waterboy.