Vote: Would the Titans pay $10 million over 2 years for Tory Holt?

Share All sharing options for: Vote: Would the Titans pay $10 million over 2 years for Tory Holt? 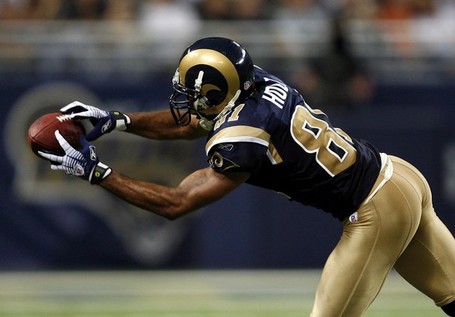 Because that's what Rotoworld estimates he'll make. Given the state of the free agent market and his recent production that number is not insane, but will the Titans suck it up and pay a little more than they'd like to for a probable HOFer that many think still has a few years left in the tank?

For once, I actually think they would do that deal in a heartbeat. Holt's case is greatly helped by the fact that he's never been an issue in the locker room and isn't a media fiend like most other established WRs who hit the market.

Make sure you vote and let us know what you think in the comments!