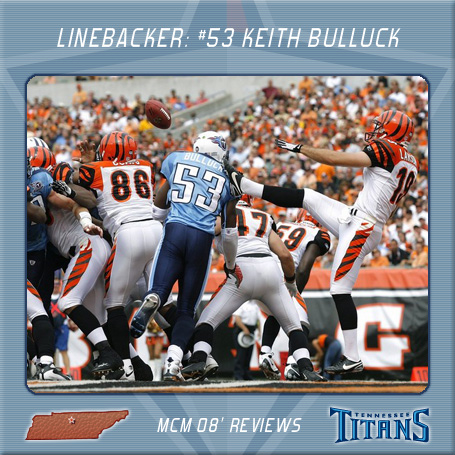 Keith Bulluck hasn't put up the numbers in the past couple of years that he did early in his career, but he is still the heart and soul of this defense. Part of the reason his numbers aren't what they used to be is because there is more talent around him, which is obviously a good thing for the Titans. He is still the most underrated linebacker in the league and he played a lot of the season with a very painful rib injury.

His punt block/recovered for a TD from the picture above was one of my favorite moments from the 2008 season.