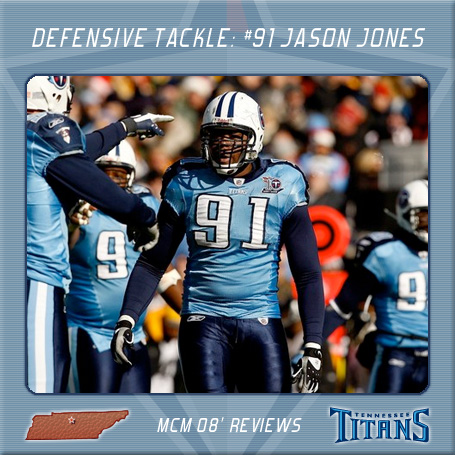 Here are Jason Jones's stats for the whole season:

Here is the reason that we are so excited about Jones:

Jones was a guy that when they called his name on draft day we were all horrified. Not only was he not the receiver we desperately wanted, he was a defensive lineman from Eastern Michigan. Turned out to be a pretty good call by Mikey.

JJ might get a chance to prove just how valuable he is if the Titans aren't able to agree to terms with Big Albert. He proved that he can step up his game when called upon on a Sunday. Now the question is whether or not he can do it for 16 Sundays.