With the NFL Draft drawing nearer and nearer and my college football withdrawals growing more painful by the minute, I've accepted an invite from Jimmy to swing by Music City Miracles and offer a homer perspective on Missouri wideout Jeremy Maclin.

While it's highly unlikely J-Mac finds his way down the draft board to the Titans, any excuse to evangelize the good word of Jeremy Maclin outside of my home base at Rock M Nation is very, very welcomed.

Before I begin, this is something I have to do: 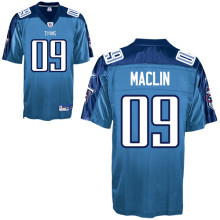 Isn't it pretty? It's even better when the man inside it covers 40 yards in under 4.3 seconds...

As the proud owners of one Justin Gage, Tennessee is already familiar with the best receiver Missouri had to offer for generations. In fact, Gage still holds a multitude of school receiving records and is widely regarded as one of the gold standards for wideouts who wear black and gold.

But, Jeremy Maclin is not Justin Gage. And I mean this in the best possible way.

The first thing to take away from Maclin's game is his sheer speed. The kid's jets are simply incredible - there's a reason he was dubbed "Cheat Code" by all of us at Rock M Nation. I've never seen a player with his ability to turn a three-yard drag route into a 67-yard track meet down the sideline. It was that speed that helped turn a potentially good Missouri season in 2007 to a magical four-month ride:

Yet, one of Maclin's best assets is how he utilizes that skill set. Rather than dancing around and leaning on his athleticism to bail him out of trouble, Maclin has always been more of a "one cut and go" athlete in the open field. This was on display in the first week of the 2008 season, when Maclin had "a little something" for Illinois:

Maclin's explosiveness on returns bookended Missouri's 2008 season, as he shifted momentum against Illinois in the season opener and perhaps single-handedly saved Missouri from a mediocre finish against Northwestern in the Alamo Bowl. As soon as the ball left the Northwestern punter's foot and stayed in play, Mizzou quarterback Chase Daniel repeated one single word: "Mistake."

However, lost in the fireworks of his 40 times is his underrated set of hands. I'm having trouble recalling a moment in which Maclin dropped a catchable pass or failed to establish himself in bounds on a pass within reasonable distance of the sideline. Maclin consistently showed both the ability and the willingness to go get the ball at its highest point, even if traffic, a trait that I don't believe can be coached.

As far as route running is concerned, Maclin's development between his two seasons at Missouri comes highly praised by the Missouri coaching staff. He was described as being reliant on his athleticism to make plays in 2007, but he supposedly showed great willingness to be coached over the offseason. I'd have to look at the tape to personally explain the results, but his coaches and his quarterback both praised his ability to exploit coverages and execute his routes with more effectiveness.

Yet, I'm not here solely to blow sunshine. The lanky Maclin obviously lacks the size of many of the receivers in the draft, and is not as built as like Darrius Heyward-Bey or a Michael Crabtree (but, then again, who is?). Maclin's strong suit has never been his strength, a deficiency that slightly manifests itself in his running style.

During his redshirt freshman campaign in 2007 (Maclin blew out his knee in camp in 2006, prompting his redshirt), Maclin's big play ability was supplemented (frustratingly) with a slew of big plays that might have been. Maclin had a tendency to get tripped up and/or knocked off balance rather easily, proving his increased value in open space rather than in situations requiring him to power for yards.

Furthermore, Maclin had a tendency to get "nicked up" (pardon my scientific jargon) rather frequently. After recovering from his knee injury, Maclin never missed any significant time for Missouri outside of a quarter or so in the 2008 Illinois game. However, I could probably rattle off six or seven instances over two years in which Maclin was slow to get up, or hobbled to the sideline favoring a leg or nursing a bruised shoulder.

Ultimately, though, I can be no predictor of future success. But I honestly believe Maclin would be a tremendous asset to any organization. A question we frequently receive is about the character of Missouri's potential draftees. Maclin gets nothing but the highest marks in this regard. Maclin comes from a well-reported background, one that only further endeared him to a fan base who needed no excuse to embrace him anyway. When Maclin cried at the press conference announcing his decision to turn pro, a part of all Missouri fans cried with him. He cited how much he loved the Missouri "family," and for that, the Missouri family will always love him. Hopefully Maclin finds himself a new family at the next level, and I'd think that Tennessee fans would be thrilled to welcome him.