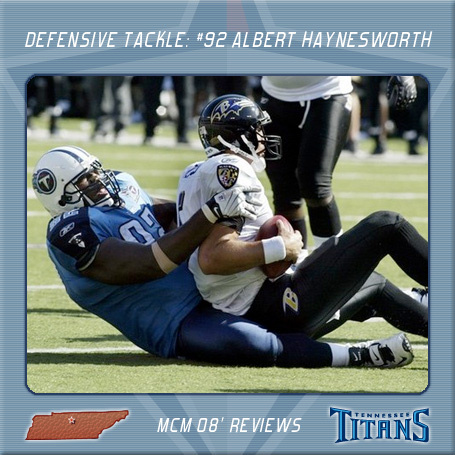 Not much left to say about Big Albert considering he has been the topic of many debates around MCM already. There is no doubting how dominant of a presence he is in the middle of a defense. Despite what some uninformed Titan-hating people say, he is the best defensive tackle, possibly defensive player, in the NFL.

The biggest question on Albert coming into the season was if he could repeat his 2007 performance, and he did. Now the only question is can a Titans get a deal done before free agency starts because if they don't, HE GONE!