More Albert Haynesworth Fallout: He Got The Gold Mine, We Got The Shaft

Share All sharing options for: More Albert Haynesworth Fallout: He Got The Gold Mine, We Got The Shaft 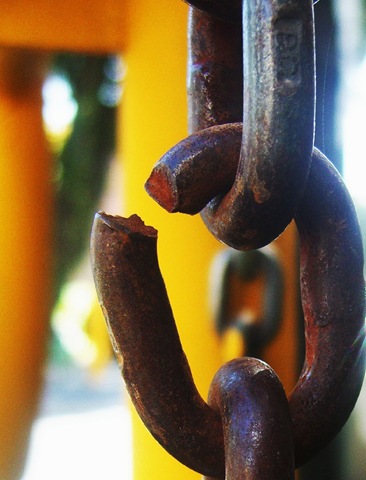 Much love to Jerry Reed for the title.

Let me start by saying that the Titans are going to make some good moves in the wake of this departure, and I have absolute faith that we'll be brining home the AFC South trophy again next year.  Albert would have been impossible to replace for most teams, but he' isn't for us.  Jim Washburn is the one who is impossible to replace.  As long as he's coaching our D-line we'll be dominant there.  It's just science.

But back to the issue at hand: Albert Haynesworth, arguably the most dominate defensive lineman in Oilers/Titans history, is no longer a Titan.  It's going to take a while for that to sink in.

Let me check my watch real quick... OK it's sunk in.

This wasn't a surprise and it certainly is a move that makes sense on all sides: Dan Snyder is an idiot who uses gold bullion as shims for his wobbly chairs.  Albert is only going to get one shot at a contract this big in his whole life, so he'd be crazy to pass on an offer like this.  The Titans have never signed the highest paid player in free agency, and they certainly don't spend like that on defensive linemen.

Of all parties involved, the pressure is on Mike Reinfeldt the most.  In 2 years he's had some big hits (Griffin, Crazy Legs, great contracts for Roos, Stewart, Finnegan and Scott) and some epic misses (just ask Beans for the updated list).  Last year when Albert would have been eligible for free agency Mikey decided to franchise the big man, but in a bid to keep him happy he placed reasonable benchmarks that would prevent the Titans from franchising him again should Albert reach them.

The upshot was a happy and motivated Albert crushed the competition yet again last year.  Today we saw the downside of that deal.

I'm not so much upset that Albert was given an avenue to leave.  You just don't build your entire franchise around a guy like Albert and that's what this contract demands.  But you also don't ever let a guy like Albert leave without getting a cent in return.  If the Titans would have kept the right to franchise, and just promised Albert that we wouldn't make him play under the tag, then we would still retain his rights and could negotiate a fee with whatever team he picked.  You think Snyder wouldn't have thrown in a few high draft picks with this deal?  The guy sells them off at pennies on the dollar and has for years.

Even if it weren’t a king's ransom we'd have a consolation prize.  Sure we'd be sacrificing leverage on our end, but teams would still bid over the right to keep Albert off the open market.  He still would have had enough leverage to get silly money and the front office would have some ammo to bring balance and depth to the roster via trades and the draft.

Instead, the Titans gambled and got nothing.  We'll probably get a 3rd round comp pick next year, but that hardly makes up for the loss of the best D-lineman in franchise history.

Mikey would be wise to use this cap space to revamp the WR corps, bring depth to both lines, and upgrade talent anywhere possible.  Losing Albert doesn't negate the fact that we'll still be starting 6 guys who have been to the Pro Bowl over the last 2 years, including 3 guys in the secondary who played this year.  It mostly means we'll have to go back to blitzing a little more under new defensive coordinator Chuck Cecil.

Still, a few extra second or third rounders would have helped ease the transition.