Tennessee Titans Morning Links: Just Glad It's Over With Edition

Share All sharing options for: Tennessee Titans Morning Links: Just Glad It's Over With Edition 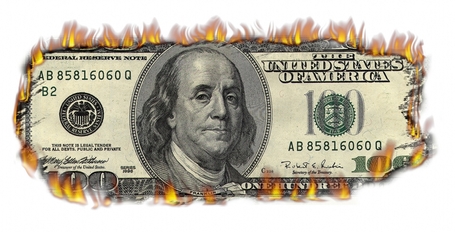 Site news: because of the beginning of free agency we're going to do an afternoon links post as well which we're hoping will focus on non-Albert free agency news.  You're going to be getting multiple posts this morning breaking down Albert's contract with the Redskins and what it means for the Titans.

Haynesworth agreed to terms on a 7-year, $100 million deal contract offer from the Redskins... The contract includes $41 million in guaranteed money, according to sources familiar with the situation. The base value of the contract could max out at around $115 million. Haynesworth is scheduled to earn $32 million over the first 13 months of the deal. It will make him the highest paid defensive player in the NFL.

Paul Kuharsky sounds just as flabbergasted as most Titans fans (of NFL fans who can count) are with Albert's contract:

In seven years with Tennessee, [Albert] had 454 tackles and 24 sacks while missing 22 of 112 games due to injuries. He could play every game and be more productive than ever and there will still be questions as to his worthiness of that kind of contract

Adam Schefter calls this joke of a contract - combined with the $56 mill they gave career malcontent DeAngelo Hall - "Snyder's Stimulus Plan".  Ha.  I call it a Salary Cap suicide pact.

Now an early look at a few residual effects of Albert's bloated contract:

• Don't expect to hear much from the Titans front office this morning as they're busy trying to decide whether to send flowers or an Edible Arrangement to Dan Snyder for getting them off the hook here.  It's a tough call. because those edible arrangements are yummy.  If one thing is for sure they never wanted to spend that much scratch on a defensive lineman, but would have if the price was reasonable.

• Dan Snyder probably won't get popped for tampering, but that doesn't mean he's not the NFL's Cheating McCheaterton.

• Albert is going to cost us again: his crazy contract just drove up the price of every other defensive tackle in the league, so his replacement will make more today than he would have otherwise.

Stay with us all day at MCM because there's going to be plenty of analysis from all angles, and a free agency thread to discuss signings like Fred Taylor to the Patriots, Bart Scott to the Jets and much more as they develop.