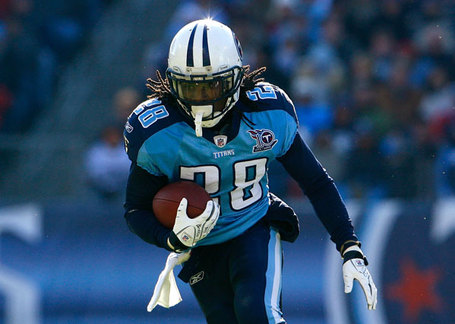 Chad Speck denies that Albert has a deal already with the Redskins, but then again he'd be brain dead not to deny it since it would be textbook tampering.  So this doesn't prove Albert doesn't have a deal, it just proves Speck isn't Al Davis-crazy

Here's why Albert will make silly money from someone: out of 100 unrestricted free agents and franchised players, Albert is the best player by miles on either side of the ball.  He's a franchise changer/saver in most peoples' eyes.

KSK steps up to the plate and delivers yet again.  The best part of this post though is the first comment (which is an adjusted quote from Pootie Tang).

If the Titans go after T.J. Houshmandzadeh, they could have the Giants for stiff competition.

Chris Sprow delivers a compressed rundown of the major stories coming out of the Combine, which ended yesterday with a slew of disappointing DB 40 times.  This first line puts it all in to hillarious perspective:

The NFL Combine is a little like the Miss America contest after they ruined it by demanding that competitors have a) a personality b) some kind of philanthropic mission and c) um, a personality. Nine times out of 10, the most beautiful girl still wins, but in the meantime, you're forced to listen to how Miss Alabama wants to end global warming by making sure "all people, red, yellow, black and white have access to safe chlorophyll!"

Marvin Harrison, the second most productive receiver of all-time and the bane of the Titan's DBs over the past decade, was officially released by the Colts yesterday.  The AFC out has lost one of its greatest competitors.  The Colts are going to look really weird next season without Dungy, Marvin and maybe even Jeff Saturday.

Why did I throw Jeff Saturday in that list of long-time Colts who may not return?  Because he may be a Steeler next year.

Oh, and back to Marvin for a second:  no.1 on this list was the greatest non-game winning catch I've ever seen on film or in person