Tennessee Titans Morning Links: Stretching Out Before The Combine Edition

Share All sharing options for: Tennessee Titans Morning Links: Stretching Out Before The Combine Edition 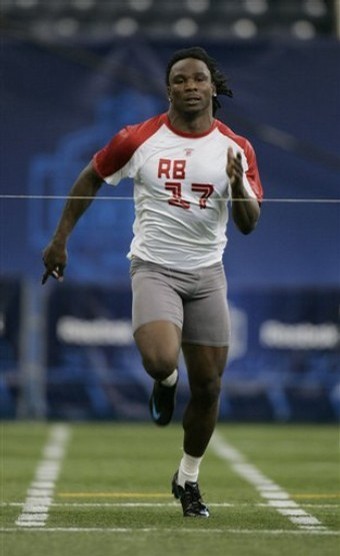 Steve Wyche has a new mock draft and he has us taking Vanderbilt stud CB D.J. Moore.  I think I could maybe learn to deal with that pick... excuse me for a moment.

The deadline to apply the franchise tag is Thursday, and the two Titans who are even vaguely reasonable candidates are TE Bo Scaife and Kicker Rob Bironas.  Big Kick Rob should be the only one really considered here, as the franchise number for kickers is in the $2.4 million range.  Bo is nice, but isn't worth the $4.4 million he'd command with that designation.

MCM extends a hearty congratulations to former Titans LB Peter Sirmon, who is set to enter the coaching world as graduate assistant at his alma mater, the University of Oregon.  Peter was the perfect kind of smart, hard working player - lord knows he didn't make it in the NFL on his speed - who typically excels in the coaching field.

NFL.com has the entire list of players invited to the NFL combine, which gets underway today.

The Chicago Bears look like they're targeting Chris Simms as free agency draws near.

Athletes who use steroids to recover from injuries aren't just cheaters, they're also outdated.  The new non-cheating non-cheating way to recover? Platelet-rich plasma therapy that involves injections of the patient's own blood at the point of injury.  It's how Troy Polamalu and Hines Ward prepped for the Super Bowl.