Share All sharing options for: Chris Johnson Success Rate Against the Colts 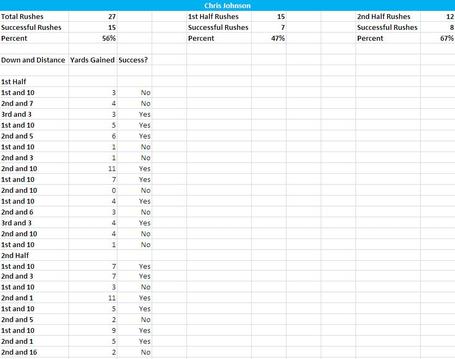 While he didn't get the number we wanted him to get to keep the pace for 2,150 or even 2,000, he did have one of his more successful games by this metric.  Plus he put up good enough numbers that a huge game against the Rams puts him right back on pace.