Share All sharing options for: Chris Johnson Success Rate Against the Miami Dolphins 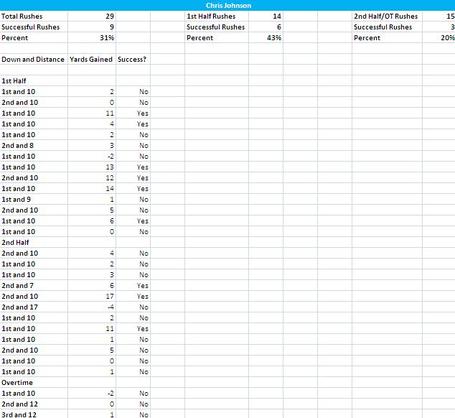 CJ didn't have a successful carry in the 4th quarter or overtime.  You think the Dolphins knew Fisher was sitting on his lead?