Share All sharing options for: Big Win at a Big Price - Photos from the Titans - Miami Dolphins game

It was a must win game and a huge win to stay in the wild card hunt. But losing Keith Bulluck for the rest of the season was a big price to pay for it. The loss of Bulluck was evident as Miami mounted their comeback and erased an 18 point second half lead after Keith went down. It felt like the air went out of the defense and seemed like no one knew what they were suppose to do. Bulluck is a big hole to fill because he is usually the one filling the holes and making up for everyone else. Without him and David Thornton in it could mean the season may finish the way it started, with a decimated defense due to injury. Those are big shoes to fill. 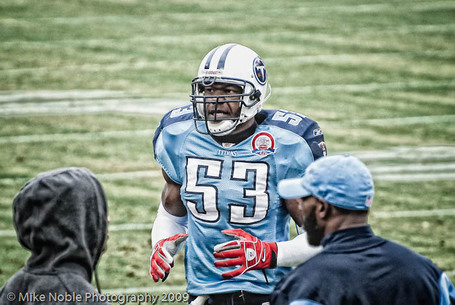 More photos after the jump. 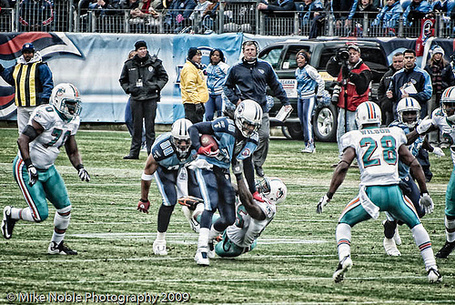 I know I've gotten spoiled when Chris Johnson gets 104 yards rushing and it feels like he had an off day. But Miami made some good adjustments in the second half and contained him pretty well. 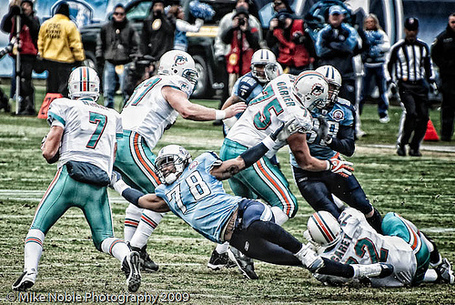 Jacob Ford got a sack here. Actually he whiffed on this and got up and chased Chad Henne down for his sack. Awesome play. 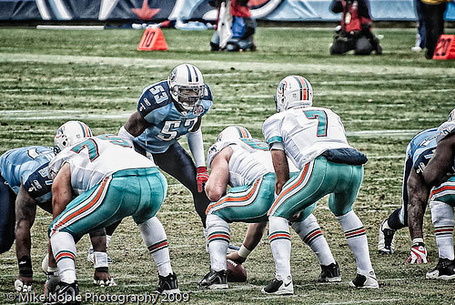 Bulluck can give that menacing stare across the line as good as any backer in the league. 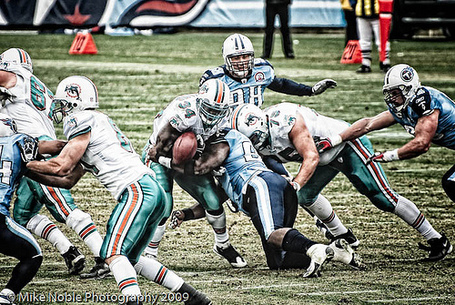 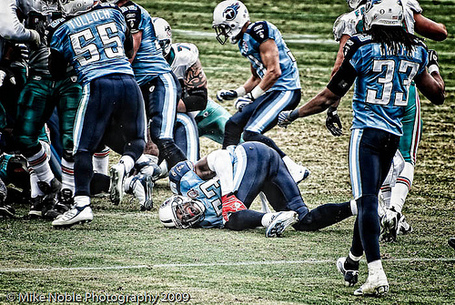 Not what I wanted to see. 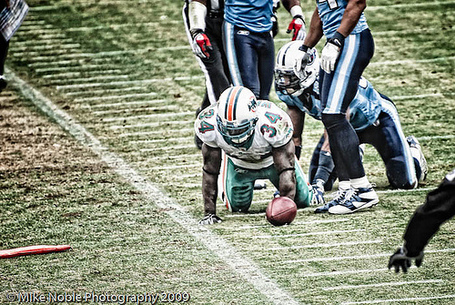 Let's spot that ball right there. 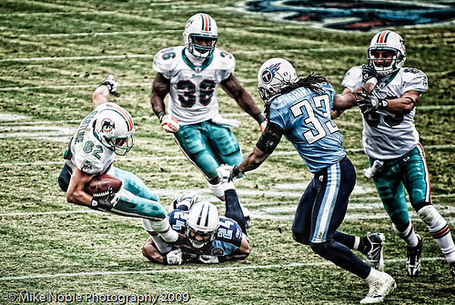 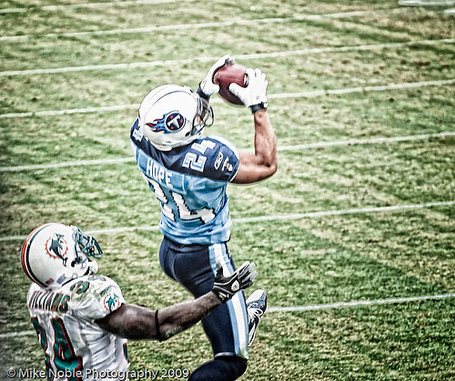 Chris Hope put an end to that drive with this interception in the end zone.

This concludes my game photos for the season. The final home game on Christmas will find me eating turkey and watching the game on TV with family. There is still some hope of making to the playoffs, but regardless of what happens it's been another exciting and enjoyable season of football. I've enjoyed sharing my football photos with you and I hope you've enjoyed them too. I wish everyone a Merry Christmas!