Share All sharing options for: ConVINCEd - Photos from the Titans - Arizona Cardinals game 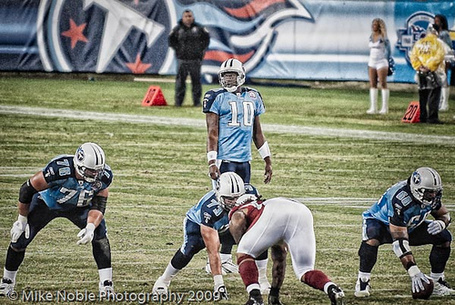 I do believe Vince Young silenced most of his critics on Sunday. Even Merril Hoge is backpedaling, as August noted in his morning links. First off, I know it's Wednesday and really time to turn towards the Colts game but I got busy and didn't get these put together yesterday. So here are my photos from the game after the jump. 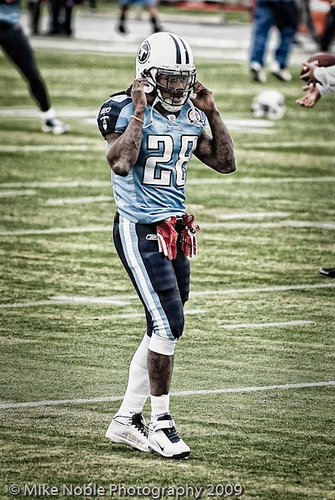 Chris Johnson strapping his helmut on and warming up for the game. 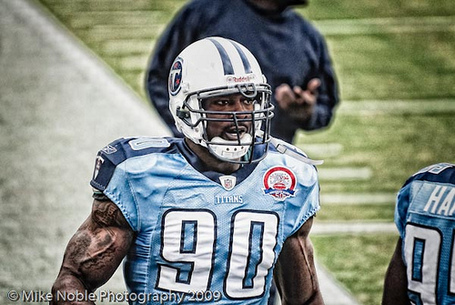 Jevon Kearse is still a favorite in that stadium. It was good to see him suited up for the game. 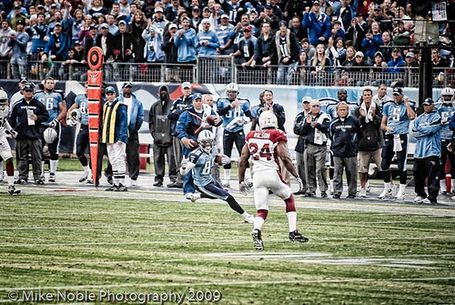 The first offensive play of the game was a 30 yard pass to Nate Washington. Showed a sign of things to come. 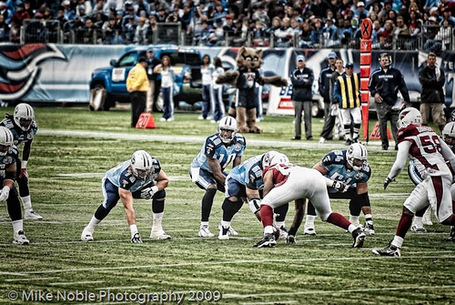 The first drive of the game Vince Young and the Titans moved right down field and showed a good mix of run and pass. 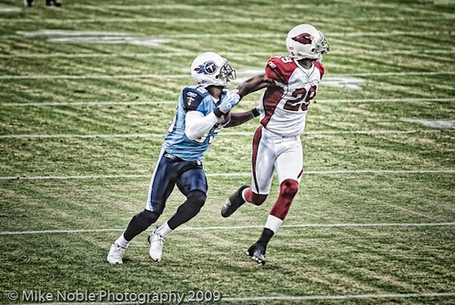 The Titans showed the deep threat right off by sending Nate Washington down field but Dominique Rodgers-Cromartie broke up the play. Rob Bironas kicked a field goal after this try to go up 3-0. 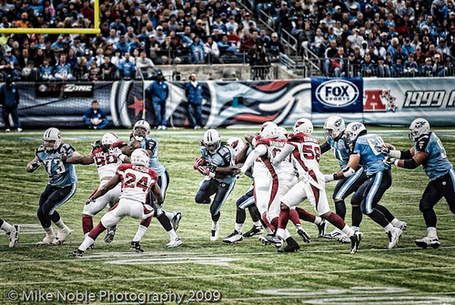 Whenever a crease in the line develops everyone anticipates that Chris Johnson is going to break off a big run. 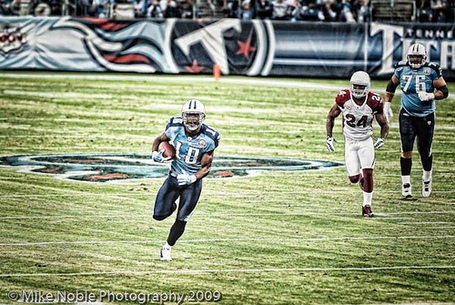 Kenny Britt had a catch here for 24 yards on the second drive that the Titans got a field goal on. Britt had a great day and a tough lesson learned. Tuck the ball away, no matter what! 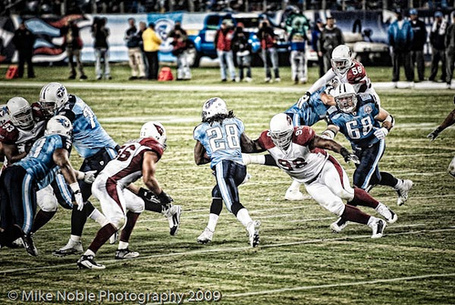 Chris Johnson ran for 85 yards and a touchdown on this play. Like I said, whenever a crease opens up... 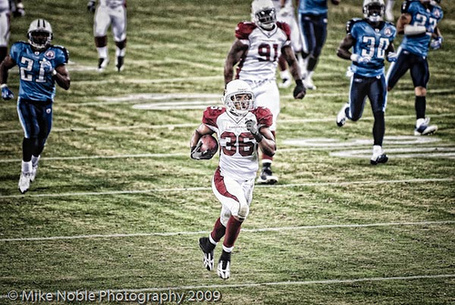 On the ensuing kickoff LaRod Stephens-Howling returns it 99 yards for a TD. 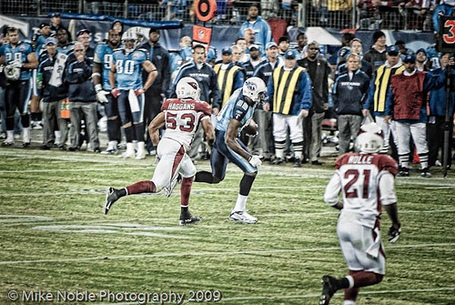 Rookie Tight End Jared Cook took this pass reception and got down to the nine yard line to setup the game winning touchdown. 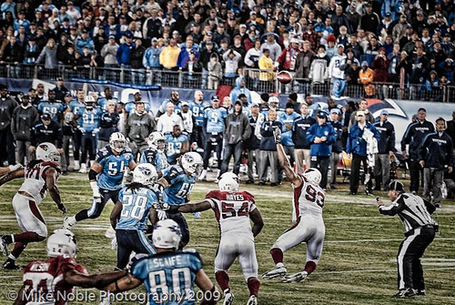 Not a very good photo and I normally wouldn't post this but it's the best I got from the final touchdown play.

What's there to say that hasn't already been said. It was a great game and a special time in the career of Vince Young. Every game now is like a playoff game and that sure felt like it at that game. The Titans have the smallest margin for error and every play counts. It's a good roll they're on and I hope they keep it going at Indy.