Share All sharing options for: Chris Johnson Success Rate Against the Arizona Cardinals 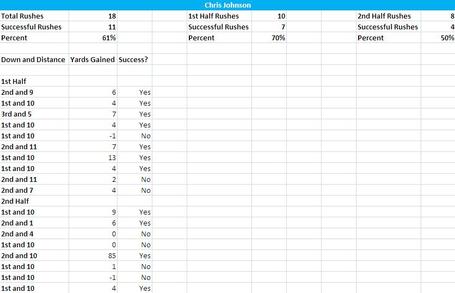 I have nothing to add other than it is a pleasure to watch CJ play.