One In The Win Column - Photos from the Titans Jaguars Game

Share All sharing options for: One In The Win Column - Photos from the Titans Jaguars Game

Long wait but the Titans finally won a game. A lot of things to be happy about and a few concerns still are evident. One thing for sure is I'm glad the rest of the home games are at noon on Sunday. I know the players and the team like prime time and under the lights, but I'll take noon starts over anything else. That's when football is meant to be played. There's a Christmas game late start but I don't think I'll be there for that one.

So here's Power to the Noon Starts: 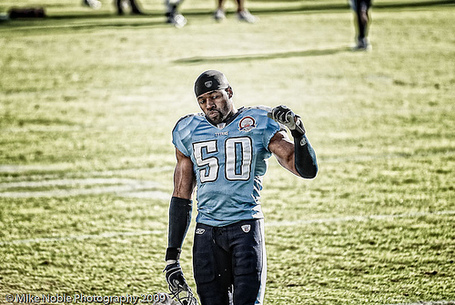 More pics after the jump.

LenDale White looking happy to be there: 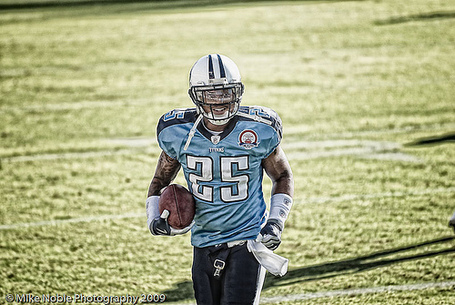 Kyle Vanden Bosch had his red contacts in so I knew to expect big things from him: 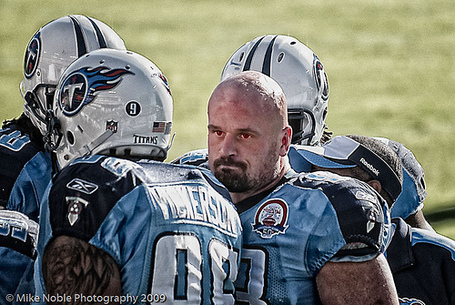 Even though the Titans didn't recover this fumble it was good to see David Thornton and the "D" were creating opportunities: 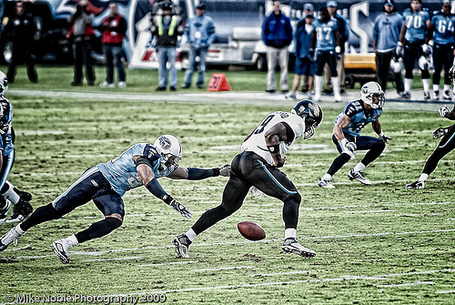 I mentioned concerns and this is one/many of them. Poor tackling. But that Maurice Jones-Drew is hard to bring down: 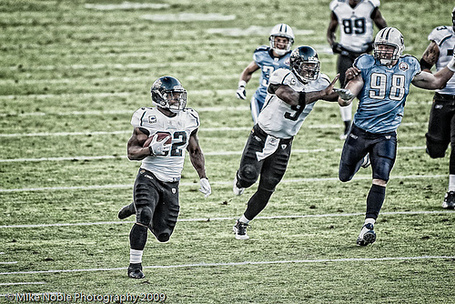 Those red contacts paid off. KVB gets his first sack: 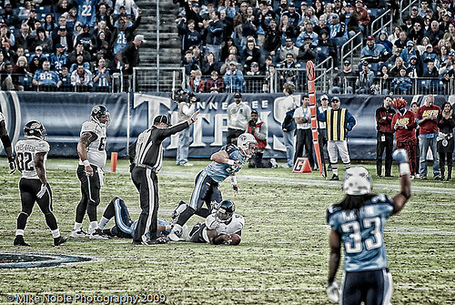 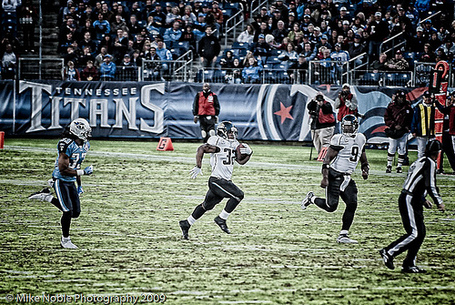 Funny who his lead blocker is on these long runs.

This was awesome to see. I wish I could have photographed the catch. This is when Vince Young stepped back and avoided the rush and found Kenny Britt along the sidelines. VY threw that ball with authority: 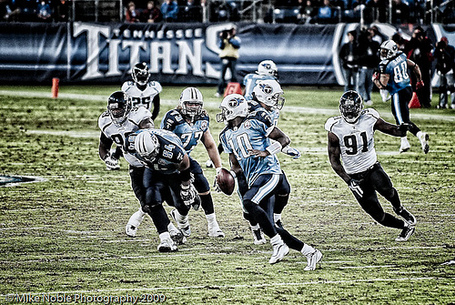 Another positive about the game was seeing Michael Griffin back to being a ball hawk: 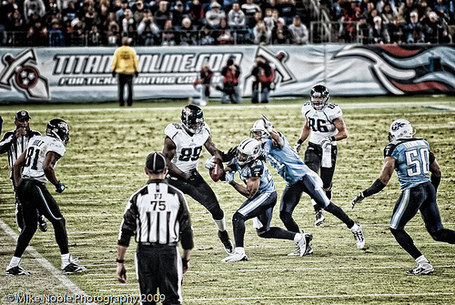 I think about this moment Jones-Drew was wanting a piece of Finnegan more than blocking him: 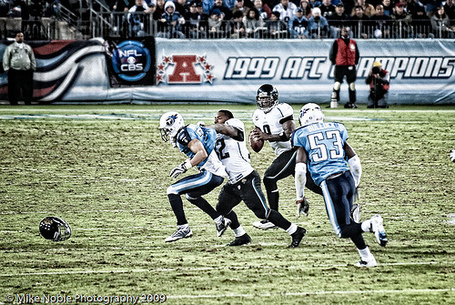 History in the making. Chris Johnson turned in the best rushing performance by an Oiler/Titan in franchise history: 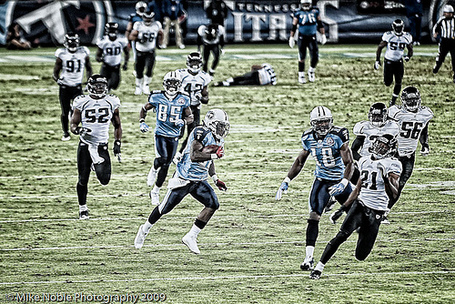 That was so good it was worth another look. He was out of gas by this time: 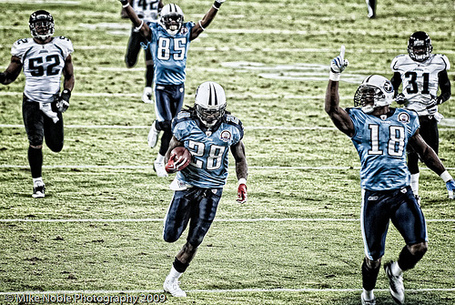 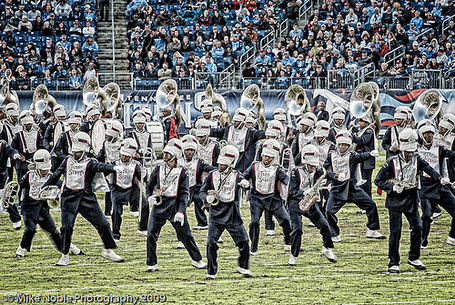 Have the Titans returned to '08 form? Is this the team we expected to open the season? I sure hope so. The defense put in a pretty good performance and Chris Johnson was awesome. Vince Young was impressive and hopefully will only get better from here. Next up is away at San Francisco. I'm hoping they come back on a win streak.