Share All sharing options for: Chris Johnson Success Rate Against the Houston Texans

Stats after the jump. (LenDale White had two carries.  One was successful and one wasn't.) 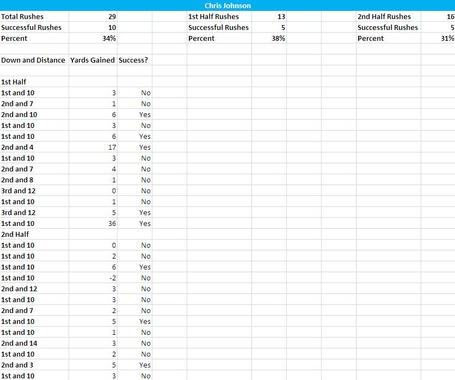