Don't Flip Me Off - Photos from the Titans - Buffalo Bills Game

Share All sharing options for: Don't Flip Me Off - Photos from the Titans - Buffalo Bills Game

I know everyone has seen the video of Titans Owner Bud Adams "waving" to the Bills from the owner's box. How can a Titans fan not like having an owner like that? Sure, he shouldn't have done it but he showed he's as down to earth as the rest of us and not just some highfalutin stuffed shirt sitting way above us looking down. It was all in fun. Way to go Bud! 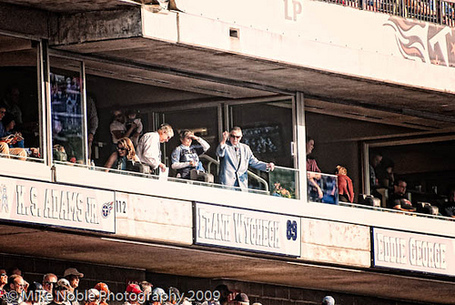 More pics after the jump

Fred Jackson passed to Lee Evans from the wildcat formation. Who'd a thunk! A pass from the wildcat. I wish someone would have thought there was at least a small chance that it could happen. 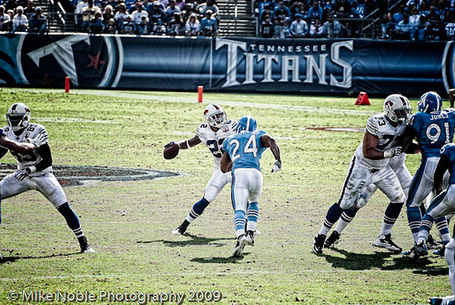 Kenny Britt made a great attempt at catching this. I thought he might make it at one point. 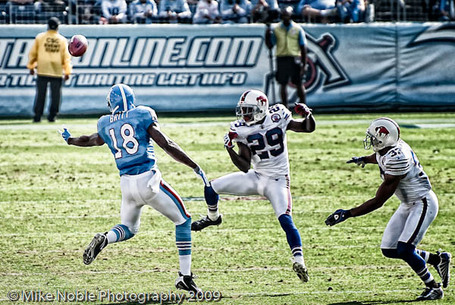 But he went up and got this one. I almost had the shot at his highest leap but my focus went to the backstop. I hate it when that happens. 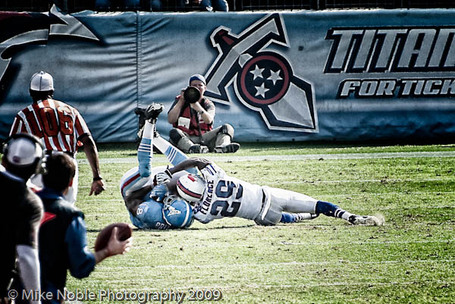 The Defensive line is putting good preasure on the quarterback. I hope they keep it up in Houston. 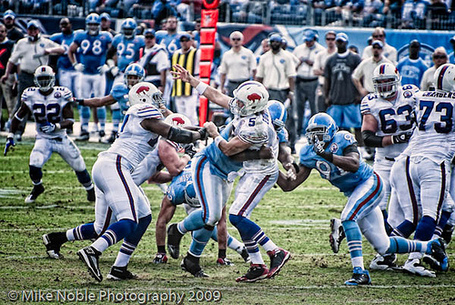 Who needs the wildcat when we have the option featuring Vince Young and Chris Johnson. 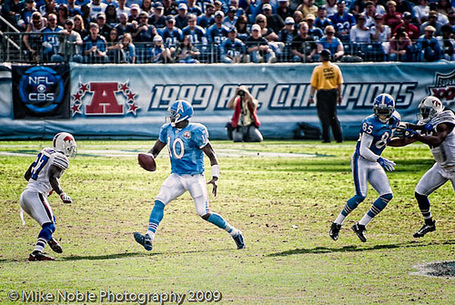 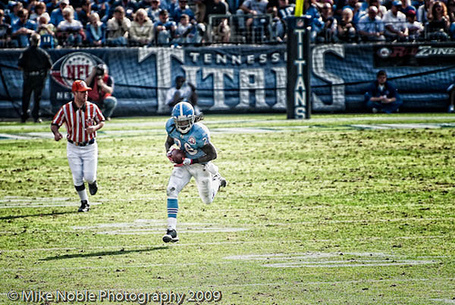 It felt like all the action was down at the other end of the field that game. That TD catch by Nate Washington was going away from me. It sure was a nice catch. 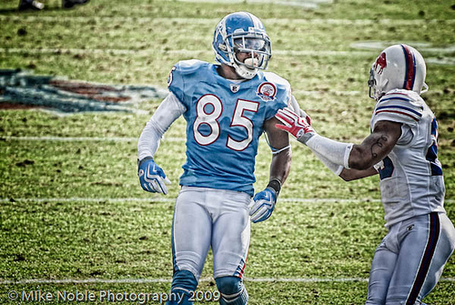 Did you notice the Keith Bulluck jersey in the owner's box? Looks like he has some fans in high places. Maybe that will play well into his contract negotiation. 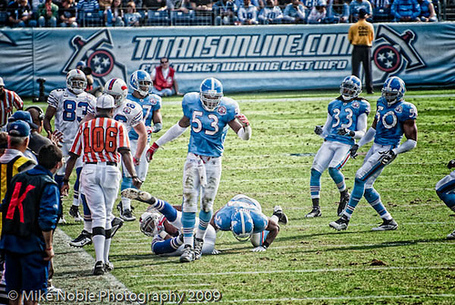 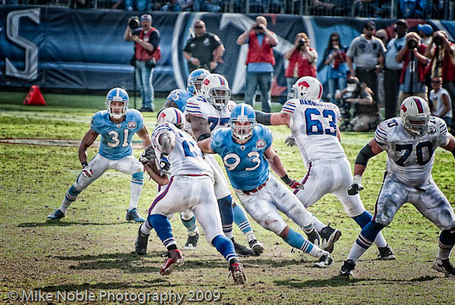 I always have trouble finding good shots of Bulluck. I finally figured out it's because he's always in the thick of things. 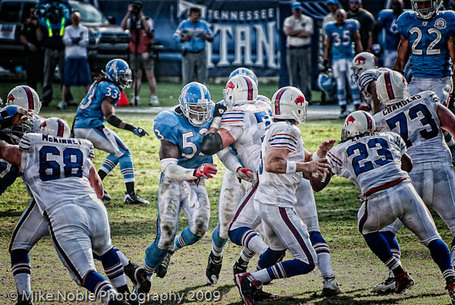 They just can't get a grip on him. I hope he does big things on Monday Night. 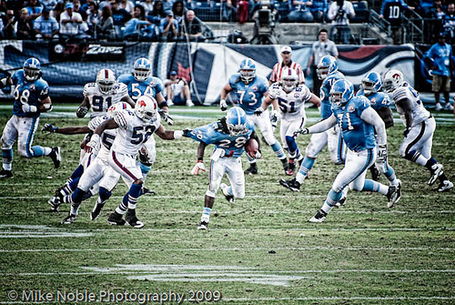 Terrell Owens wanted out of there so bad. He almost left the field before the game clock expired. 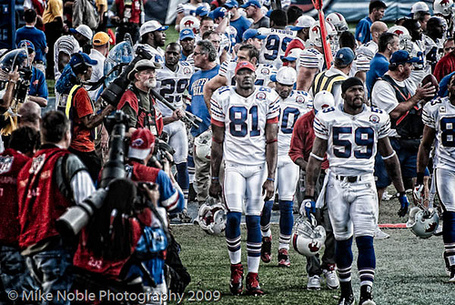 Three in a row feels good. It doesn't wash away the 0-6 start but it's good to see that we're closer to last years Titans team than last years Lions team. Big test in Houston on the big Monday Night Football stage and I hope they keep it up. It seems everyone we face this year is coming off a bye week.