Stats after the jump. (I removed LenDale White this week because he only had 3 unsuccessful carries.) 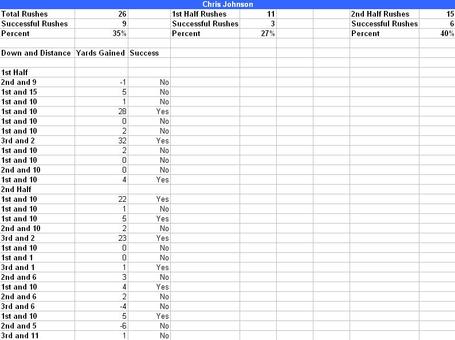 And 100 yards receiving to boot.  He is a little bit good.