Offensive Rookie of the Year 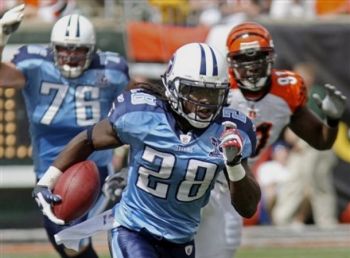 I'm stunned by how good he has been this year.  After watching 4-5 games his senior year at BC I seriously thought Ryan was grossly over-hyped and would be Joey Harrington at best in the NFL.  EPIC FAIL for me on that one.  The question now is, how will he progress?  He could stall like Roethlisberger or take off like Peyton.  Either way, I'm glad he's in the NFC.

I love CJ as much as anyone, but the choice here is Ryan.  Rookie quarterbacks just don't come into the league and do what that guy did.  Most people were picking the Falcons to win 2-4 games this season.  Ryan led them to the playoffs.

Defensive Rookie of the Year 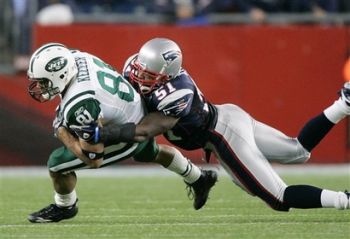 You know it pains me to vote for a UT alum here, but it's not even close with anyone else in my mind.  Any rookie that walks into the veteran heavy Pats defense, takes over a starting spot and proceeds to lead the team in tackles (128 total tackles was good for 10th in the league) while logging a forced fumble and 4 passes broken-up.  The only knock on him is the 0 sacks, but the coverage/run-support position of ILB with the Pats means he'll almost never blitz.

Mayo is the obvious choice here.  A lot of people thought the Patriots reached for him in the 2009 draft, but they thought he was the perfect fit for their system.  Turns out they were right. 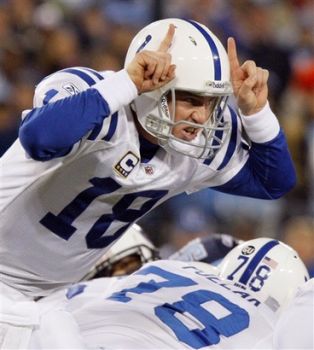 Peyton gets this not because he was amazing, but because the competition is so amazingly mediocre.  Every other candidate has a massive flaw (Turner's numbers weren't great, he just got a million carries; AP only got 10 TDs and fumbled too much; Brees and Cutler were in hopelessly unbalanced situations where they had to pass it; Rivers was 2nd place in my book, but even without LT he had more total talent around him on D and in the O-line).  This is the least impressive of his 3 awards - because who else not named Favre would get so much credit for digging his team out of a hole that he was so largely responsible for digging - but deserved none the less.  If I was Philip Rivers I'd be a little hacked off at not being a close 2nd in voting though.

I guess August is a Vol fan now.  I would vote for Peyton if he were the overwhelming favorite, but since he isn't, I won't because I hate him.  My vote goes to DeAngelo Williams.  He put the Panthers on his back in the last third of the season.  18 touchdowns is just a silly number.

Offensive Player of the Year 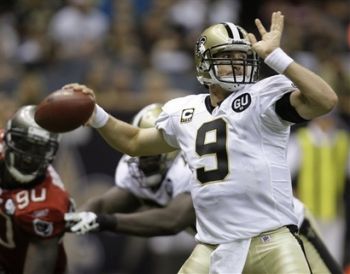 Granted his numbers were helped by a lack of a running game and a defense which couldn't take care of a 30 point lead at all, but you don't threaten Marino's records without an amazing combination of consistency and talent.  Warner had Boldin and Fitzgerald to throw to, but Brees rang up 5,000+ yards by hitting one target over and over: whomever was open.  The only knock I have is that he should have broken the record on that last pass, but didn't for no reason at all.

Brees threw for 5,069 yards.  That is a lot.  He also did that without Marques Colston and Reggie Bush for most of the season.

Defensive Player of the Year 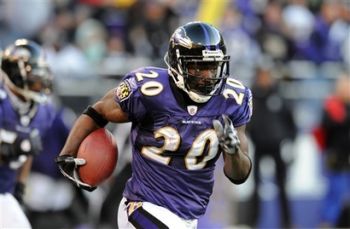 Stud doesn't go far enough in describing Ed Reed.  He's the Ronnie Lott of our time and almost as fun to watch. He anchors a secondary that looks real mediocre without him, and played through tremendous pain earlier in the year.

Harrison had a great year, but nobody changes the complexion of a game like Reed.

Coach of the Year 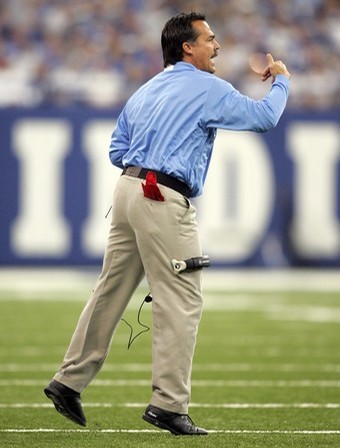 I was so close to picking Sporano simply because the Dolphins were so terrible last year, but they also had a huge influx of talent this year which Atlanta didn't have.  Also, Atlanta had so much turmoil after Petrino and Vick that it's unreal how great of a job Smith has done turning the page and keeping these guys focused.  Fisher also will never get the credit he deserves for putting together what maybe the best coaching staff in football and handling the VY situation better than any other coach I could imagine.

HOMER ALERT: You have to go with Fisher here.  I understand Sporano and Smith led great turnarounds, but Fisher led the Titans to 13-3 despite seeing a meltdown from the guy that was supposed to be the franchise quarterback in the first week of the season.  He made sure the transition to Kerry Collins was seamless and kept the lockerroom from becoming divided.

Comeback Player of the Year 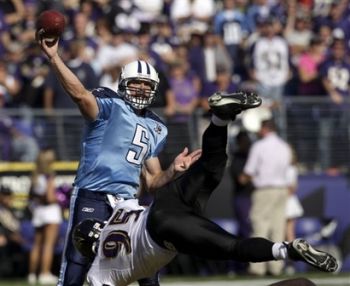 I know Chad Pennington seems like the obvious pick here (and no just because he's already won it), but do people forget that Warner only threw 300 passes twice in the last six years, and that he split series with Leinart last year?  He responded by throwing for 4,583 yards at the age of 37 and staying in the MVP discussion until the final weeks.  Oh yeah, he also WON HIS DIVISION WITH THE ARIZONA CARDINALS.

Homer part 2: Give me Collins here.  He was left for dead by pretty much everyone, including me.  I would have given the Titans about a 22% chance of being the #1 seed if you would have told me Collins was going to start 15 games this season.  He proved me wrong.

Click here to see the breakdown of all the voting on the site.  Thanks to everyone who took the time to vote.