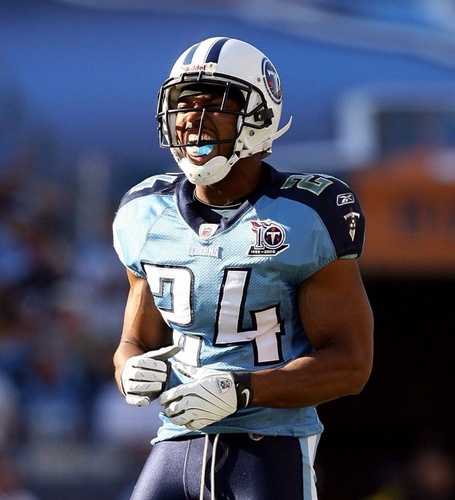 So the Ravens stead-fastly claim they aren't thinking about the past when it comes to this rivalry, but then note that Rex Ryan and Ray Ray have been getting players up to speed on what this match-up has meant for the past 8 years.  I feel pretty confident that the Titans players are well aware of how the tide has turned in this series, and I expect them to use that to their advantage.

The Ravens think their playoff run is feeling like déjà vu, though I'm sure most of them think  déjà vu just hasn't been the same since Stakes is High dropped in 1996 and Prince Paul quit producing.

Fisher expects Boom King and Albert to both be healthy and starting Saturday, which hasn't happened since Dec. 7th.  I hope that's the case, because we need then to be at full force to terrorize Flacco and the Ravens' sizable offensive line on every play.  Center Kevin Mawae, however, is looking much less likely to go with his elbow injury.

Paul Kuharsky spends some time with Titans punter Craig Hentrich as he tries to figure-out why he's been in such a vicious slump the last quarter of the season.  Hopefully Hentrich, who is a consummate professional and still a stud punter, will get this figured-out.  Also, I'd advice everyone cycle through Paul K.'s stories on the Colts, where in he takes them to task without turning it into a hit job.

Despite missing significant time due to injury, congrats to Albert Haynesworth for finishing 4th overall in DPOY voting.  The award went to James Harrison of the Steelers.

I know he probably hasn't watched the second half of a game since 1996, but does anyone still think Peter King even pays attention to what he writes anymore?  To wit [added emphasis is mine]:

Game 1, Saturday, Ravens (6th seed) at Titans (1st). Earlier this season, Oct. 5, at Baltimore: Tennessee 13, Baltimore 10. They should call this one the "First Team To 10 Bowl.'' Baltimore led 10-3 late in the third quarter, and this is when Kerry Collins cemented his 2008 legacy. He took the Titans on a 13-play, 81-yard drive to a Rob Bironas field goal, and on the next possession went 80 yards in 11 plays and won it on a short touchdown pass to Alge Crumpler. Shortly after this, defensive coordinator Jim Schwartz spoke for the team when he told Collins, "This is your team. We all believe in you.'' I doubt home-field will matter much in a donnybrook, but Tennessee's glad to have it.

You know all he was worried about was working 'donnybrook' into this week's column...

Even the Canadian Press is smart enough to realize that this Titans team has tons of seasoned vets with extensive playoff experience and success.

One thing we definitely know about how to play the Ravens is stay the hell away from Ed Reed!

USA Today's Tom Weir knows that Kerry Collins probably still wakes up in a cold sweat thinking about how the Ravens treated him during the Super Bowl, but we know he's strong enough and surrounded be enough talent to close that chapter by pounding the Ravens in to a fine mist this Saturday.