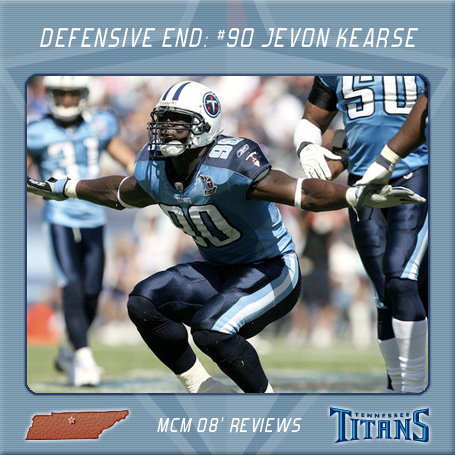 The biggest question mark on Kearse coming in was his health.  He proved in 2008 that he can stay healthy for 16+ games.  Jevon's numbers don't jump off the page at you, 3.5 sacks and 3 forced fumbles, but he was a solid addition to the defense.  He also provided a veteran presence and leadership that was even more important with KVB missing the better part of the season.  He isn't "The Freak" like he was when he first came in the league, but he is still a solid player.

The Titans brought Kearse in on a 2 year deal at a good price, so there is no reason he shouldn't be back with the team in 2009.