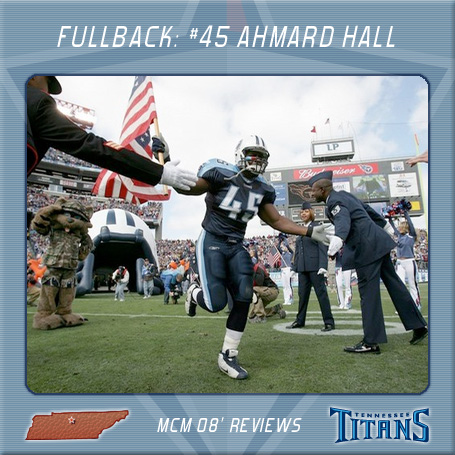 Sarge is one of the most underrated players on this squad.  He is one of those guys that you have to have on your roster to have success.  He appears to be a great team guy, and that is refreshing to see amongst today's players.

Hall has shown the ability to make some big plays, so he is more than just a blocker.  He is a free agent, and I just hope that the Titans don't underestimate what he means to this team like they did with Lorenzo Neal after the 2000 season.  Just to refresh the front office's memory...