Tennessee Titans Morning Links: Mel Kiper Is Back In The Saddle Edition

Share All sharing options for: Tennessee Titans Morning Links: Mel Kiper Is Back In The Saddle Edition 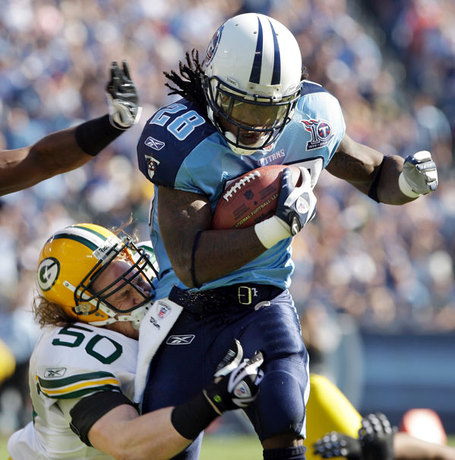 An Insider subscription is required (and honestly worth it during draft season... even if you cancel it in May), but Mel Kiper's first full 1st round mock has us taking Georgia Tech DE Michael Johnson.  At 6'7" and 260 lbs with great speed, he sounds like a guy who could really benefit from playing with Kearse for a year or so.

In other draft news, be sure to check NFL.com for updates from this week's senior bowl.

Lions fans seem to be pretty rexeptive to Jim Schwartz.  Gunther Cunningham?  Not so much...

With Gunther gone and Herm Edwards seemingly hung-out to dry, are he Chiefs laying the ground work to bring in Mike Shanahan?

Hey Cleveland: Chain of Command.  You're doing it wrong.  Coaches shouldn't be hiring GMs unless said GM is just a salary cap guru and the coach has the actual personnel power.

While the ASPCA is a much better organization and not founded/run-by total psychopaths (full diclosure: my fiancé and I donate to the ASPCA), PETA kills them in the scathingly-funny-press-release department.  Here was their response to hearing that Vick will try to re-enter the NFL:

"Commissioner Goodell knows that he has an obligation to the league and to millions of fans, including children who look up to ballplayers as idols, to make sure that Michael Vick is mentally capable of remorse before he can touch, let alone wear, an NFL uniform again."

PETA is urging that Vick undergo a brain scan and a full psychiatric evaluation.

First person to say the Titans should give Vick a shot is getting shunned for 3 years.