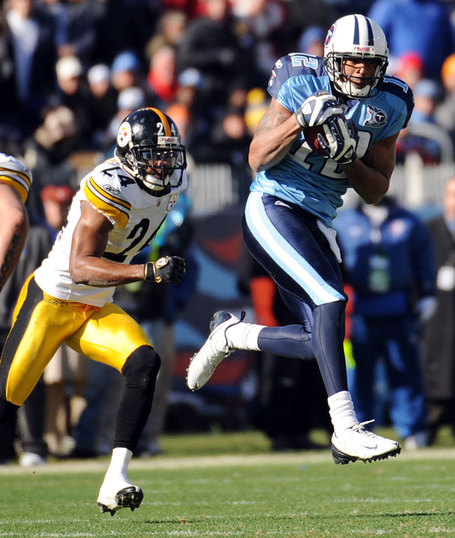 It's time for the healing to begin, and to remember that terrible game as a moment standing still in our past / floating fast like a hummingbird... if you will.

Next season could be Keith Bulluck's last as a Titan unless something gets done about his expiring contract.  Memo to the front office: get this man an extension ASAP.  Don't make the leader of this defense have to play a year with the uncertainty of an expiring contract over his head.

Kerry Collins is headed to the Pro Bowl, so congrats to him.  Now I've made it clear here that I'm definitely a Philip Rivers despiser, but it's Gary Busey level crazy that he wasn't the first alternate considering he lead the league in passing efficiency and put up absurd numbers (4,009 yards and 34 TDs) with menial production from his offense's 2 best players (LT and Gates).  Rivers was the first alternate, he just pulled out of the Pro Bowl due to injury.

Here's Paul Kuharsky, who share the same general point of view on the Collins pick, though he includes Cassel and Pennington as better choices.

Congrats to the bevy of Titans named to the 2008 Pro Football Weekly All-NFL Team and All-AFC Team.

Manny Arora claims Jones stiffed him for fees “in excess of $10,000” on 18 different cases in which Arora represented either Jones’ family members or friends...

The suit lists Deborah Jones, James Jones, Lewis Kueffor and Fleming Daniels as the defendants Arora assisted [on behalf of Pac]. The charges against them vary from speeding to kidnapping, simple battery and, in the case of Daniels, murder.

The search for peace continues with Titans fans everywhere.