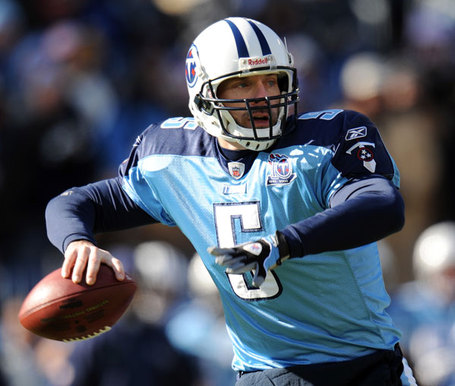 A message from MCM to Crazy Legs: We Titans fans love you and want you to get the accolades you deserve, but ROY is definitely not one you deserve.  What Matt Ryan did was harder than what you did, and you're making yourself look like an idiot with statements like this.  Just drop it, please.

Maybe Crazy Legs should ask Jeff Fisher what it's like to have a great year which defies all expectations, but have that legitimately not be enough to win the appropriate reward.

Boom King and Haynesworth are getting closer to being healthy, and i just heard Jeff FIsher say on 104.5 The Fan that they would be back on the practice field next week - though he declined to say what day.

It's a tense waiting game over the next few days as Titans players and coaches wait to see who will be at LP Field next week.  No matter who makes it, our boys are going to have to be ready to play a talented team who's very familiar with out team and scheme.

In order to keep guys sharp and working with their head on a swivel, Fisher had them practice yesterday in full pads (which has been a rarity this season).

Intrepid reader Joy Kat points us towards this article, where-in the Titans opine their short playoff stay last year and look for more time in the post-season this year.

Kevin Vickerson is coming back off of his suspension, and the Titans have until next week to clear a roster spot for him if the want to.  I honestly have no idea if he'll be back, or if he'll get buried behind other options like Chris Henry did after his suspension last year.

People who say the Titans don't have enough playoff experience are ill-informed and obviously don't know what players are actually on the roster.

So is Chad Pennington the official NFL Comeback Kid now?

On a more selfish note, Nick Harper isn't getting any younger and I think we're all aware of his declining (to be nice) man-to-man coverage skills.  With that in mind, perhaps we should look at CB early in the draft, and there's one right here in town that just might fit the bill...