Tennessee Titans Morning Links: One Of These Probably Cost Us The Game... Choose Wisely Edition

Share All sharing options for: Tennessee Titans Morning Links: One Of These Probably Cost Us The Game... Choose Wisely Edition 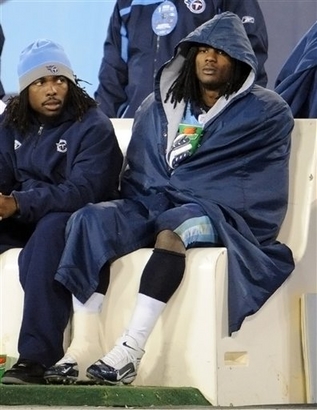 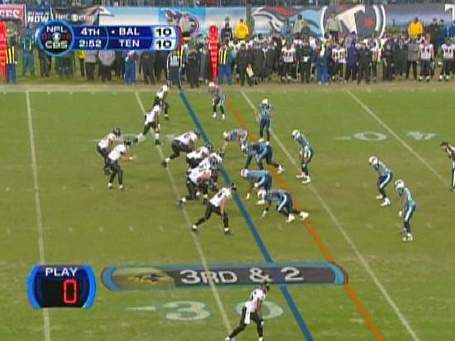 Titans players feel like underachievers because... well, they underachieved.  This was a great season and we still have the pieces to get back here next year (regardless of what happens with Albert, IMO) but this was definitely the most disappointing end possible.  I do feel some comfort in knowing that our disappointment is felt 50 fold by these players and coaches.

I know this isn't the most popular opinion, but I'd have rather had Chris Henry (who was inactive) than LenDale getting the majority of the carries in that second half... or even Ganther.  Yeah I said, and I believe it.  LenDale is a nice short yardage option, but you know what those guys are called on almost every other team?  The fullback.

Jeff Fisher on the blown delay of game call on the crucial 3rd down:

"I've always maintained that there's a human element in the game as far as officiating is concerned. There are going to make mistakes; it is part of our game,'' Fisher said. "But this particular mistake was unacceptable. There is no excuse for it, it was a mistake, and it was a costly mistake.

"It was not the reason we lost the game, but it was a mistake, an error.''

Titans defensive coordinator Jim Schwatz got another interview with the Lions.  I hope for his sake they both this hire like they have all the other ones in the last... how many years have the Lions been around?

Why look ahead so quickly?  Because we're in the now now.  We can't go back to then because we passed it.  When?  Just now. (site note: this particular Spaceballs quote will never get old. ever!)

Peter King gives some inside scuttle-butt about the D.O.G. and what rules may change in reaction to what happened Saturday [emphasis is mine because I agree]:

The consensus is it's unlikely anything will be done to add another electronics layer to the game, like a buzzer signifying the clock has expired. It's more likely the official in charge of making the call, the back judge, is going to be told he should anticipate the clock expiring and be ready to make the call as soon as it hits zero. It's absurd that Robert Lawing wasn't in position to blow his whistle sometime during the full second (at least) between the time of the expiration and the time Baltimore snapped the ball.

We have a lot of key free agents this off-season, so the changes that are made need to be the right ones if we're going to repeat as AFC South champs.  Make sure you check MCM as much as you can for updates and analysis throughout this pivotal off-season.