Tennessee Titans Morning Links: Why Am I Not Surprised Finnegan Is A Pacquaio Fan Edition *Updated*

Share All sharing options for: Tennessee Titans Morning Links: Why Am I Not Surprised Finnegan Is A Pacquaio Fan Edition *Updated* 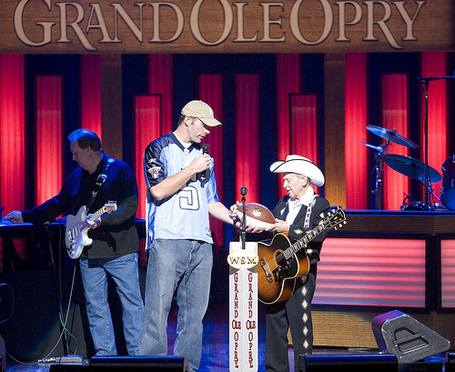 Titans GM Mike Reinfeldt reviews the performance of this years draft picks for the Tennessean.  I still contend that we need to see more Lavelle Hawkins, but this class has done a nice job adding depth behind the obvious star pick in Crazy Legs.

After a few years of being overshadowed by Rob Bironas, Craig Hentrich has really been the Titans' special teams MVP this year: his touchback, faircatch adn downed inside the 20 numbers are phenomenal and it's been a lifesaver against the string of dangerous return men we've faced so far.

Perhaps my favorite stat of the year: the Titans are 6th in the NFL with 34 sacks, but an astounding 30.5 of them come from our defensive line and they're spread-out rather evenly among 8 players.  With that many guys who can disrupt the passing game, we don't have to worry too much about one guy gong down... unless that guy is named Haynesworth or Boom King.

Paul Kuharsky is a fan of one of our favorite sites: Cold Hard Football Facts.  Here he looks into the outstanding production of the Titans' and Colts' stingy pass defenses so far this season.

I've been won over by this year's draft class, but I'm not the only one who is oh so happy to eat a little crow after being shocked on draft day:

"Chris Johnson. I'd never heard of the kid before," Mawae said. "And I didn't know any of the defensive linemen we took either. ... My whole attitude has been if they're going to bring somebody in you hope they're going to contribute, but you just don't know and it's hard to count on.''

Mawae is now a big fan of Tennessee's 2008 draft class. So are plenty of others who questioned it back in April.

Cortland Finnegan is a legend for getting underneath the skin of opposing WRs, but who knew his habit of taking jabs and trying to get a rise out of opponents extended to his fellow Titans CB Chris Carr and boxing:

On Thursday, Finnegan sat out practice for the second time in as many days with a hamstring injury, but stood on the sideline with "PACQUIAO" stitched over his name across the back of his jersey.

"He's mad at me because I think De La Hoya is going to win," Carr said. "So he wears this jersey, acting like I don't like Pacquiao. I love Pacquiao, but I don't think you can move up, practically 20 pounds, and beat a world-class fighter with no defense.

For a look from another perspective, here's a video preview of Sunday's game by cleveland.com.

There's no way in hell Dan Carpenter deserves a Pro Bowl spot over our Rob Bironas, and Dolphins fans know that despite their mindless voting for him.

KSK breaks down the addled psychology of Panthers fans dealing with the prospect of facing Kerry Collins in the Super Bowl.  Needless to say, it's good stuff.