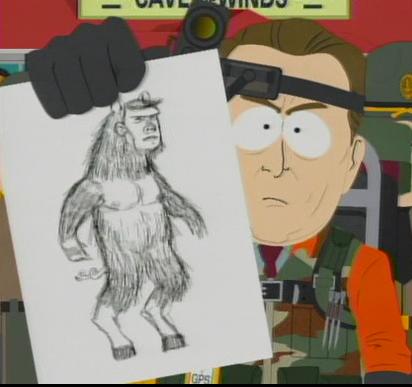 The Vince Young thumb injury has been revealed: a mysterious infection popped-up after the Lions game, but VY is expected to be available for Sunday's match-up against the Browns.  This thumb 'infection' wouldn't sound any weirder if he'd gotten it from a ManBearPig bite...

Former Raven stalwart and convicted cocaine trafficker Jamal Lewis is coming to town on Sunday, and Big Albert is ready to eat him alive again: over the past 7 times Lewis has faced the Titans he's only averaged 2.2 YPC.  That, my friends, is what getting dominated looks like.

As he approaches his first free agency year, Bo Scaife is putting up career numbers.  This would be more shocking if it wasn't for the fact that he's been our best receiver for about 3 years now...

With Crazy Legs being only a few yards away from eclipsing the 1,000 yard mark, Titans running back coach Ernest Byner breaks-out probably the most accurate comparison for the rookie yet:

Titans touchdown leader LenDale White was on an LA radio station last week and took the opportunity to blow-up UCLA and Maurice Jones-Drew.  Hat-tip to my boy Toddney for pointing out this slap-fight:

"UCLA [stinks]. It’s the worst school you could ever go to if you were a football player. ... You got to make your choice. If you want to get dominated by your crosstown rival, where they can come on your campus and take your girlfriends and stuff, then you make that decision."

John Elway has a pretty good list of MVP candidates (not one player named Peyton among them... so I guess the HOF QB can go 'sit in the corner and face the wall'), and he's got Big Albert definitely in the mix:

3. Albert Haynesworth, DT, Titans. "Nobody changes an offensive game plan like Haynesworth," Elway writes. "You have to assign two men to block him, and even then it’s not always enough. His combination of size and athletic ability is stunning."

The Titans are coming back down to Earth in the CHFF Bendability index, but we're still crushin' it comparatively.

I know you people are reading more great articles than I can track down each day, so if you have a link you'd like to submit for tomorrow's Morning Links, email me at mcmaugustwest@gmail.com!  (Be sure to include your commenting handle so I can give you semi-anonymous credit.)