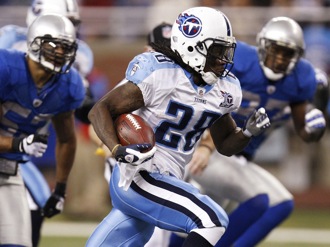 Jeff Fisher expects Browns starter Ken Dorsey to improve this week with more reps as the #1 in practice, even though Dorsey hasn't improved one iota despite 6 years of professional coaching... isn't that precious of Coach Fish!

Also not looking good for the Browns: everyone's favorite 'soldier' Kellen Winslow Jr. won't be on the field Sunday.  No word on if it's because he's terrified to look Ahmard Hall in the eyes and say that crap.

Mike Silver hashes open some of the internal turmoil in the Browns organization; there's no way all of that mess can be helping them against the best team in the AFC on Sunday.

Awesome trend of the year: teams keep losing the week after they play us, and don't act like the physical beating they take doesn't play a big role in that.

This headline made me throw-up in my mouth just a little: McCardell imagines Haynesworth with Texans or Jaguars.  If we don't get Big Albert signed in the offseason I'm going to be livid.  He's been lights out ever since the stomping incident and even the most cynical among us have to be convinced by this point that he can handle that paycheck.

The Titans' defense wants to match the effort the Browns' D showed against the Colts, who only picked-up a field goal on offense.  I'm all for that, especially as long-time Ravens RB, and recent inmate for cocaine distribution, Jamal Lewis.

Here's a look ahead at some possible AFC playoff match-ups.  I'm still hoping for the Jets and the Colts to have to roll into LP Field so they can go ahead and start scheduling their tee times.

Here's one for my fellow PK bashers...

Pac maybe be coming back to the Cowboys locker room, but he's already burned a lot of bridges in there...