Tennessee Titans Morning Links: I'd Rather Try To Get Mr. T On The Plane Than Cortland Edition

Share All sharing options for: Tennessee Titans Morning Links: I'd Rather Try To Get Mr. T On The Plane Than Cortland Edition 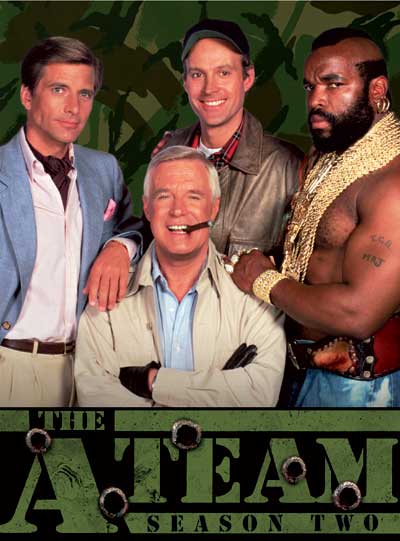 Congrats to Titans Cortland Finnegan, Albert Haynesworth, Chris Hope, Michael Roos, Kevin Mawae and Crazy Legs for making the Pro Bowl!  To a man these guys are a huge part of this team's incredible run and have indisputably earned the recognition they'll be getting... unlike Brett Favre (at least this year).

Cortland Finnegan fears no wide receiver, tight end or quarterback, but his fear of flying is so intense that he may get to Honalulu via a cruise ship.  He's also debating getting tranquilized ala MR. T in the A-Team.  I think if I had to force either one on a plane against their will, I'd choose Mr. T.

Albert Haynesworth's selection to the Pro Bowl ensures that he'll be able to hit free agency once the season is done.  If I were him I'd be looking for a truck big enough to haul the mountain of cash he's going to pull in this off-season.

Paul Kuharsky analyzes who did and didn't make the Pro Bowl in the AFC South, and laments that Keith Bulluck was snubbed again.  It's a travashamockery that he's only been to 1 Pro Bowl in his 9 years in the league.

This Pro Bowl is extra sweet for Chris Hope, who has come back better than ever from that terrifying neck injury last year that left him twitching face down on the turf.

The list of Titans headed to the Pro Bowl is a pretty good sign that Mike Reinfeldt knows what he's doing, as the younger players on the list were either given extensions (Roos & Finnegan), or flat-out drafted (Johnson), by him.

The Titans are sitting at 3rd overall in this week's DVOA rankings (which combine the offensive and defensive measurements).

DJ Gallo is ESPN Page 2's answer to Kenny Mayne, and he's just as funny in that dry way:

3. A few weeks ago, everyone was talking up the Giants and Titans as likely Super Bowl opponents. Now it's looking more like the Panthers and Steelers. The way things are going, we might have 12 teams with a shot at the Super Bowl after the next two weeks are up.

SI scribe Dom Bonvissuto projects the playoff order and notes that this will be the first significant meeting between the Titans and Steelers since Joe Nedney's stirring acting performance got us a win.