Tennessee Titans Morning Links: Johnson And Tasker Are Terrible At Their Jobs Edition

Share All sharing options for: Tennessee Titans Morning Links: Johnson And Tasker Are Terrible At Their Jobs Edition 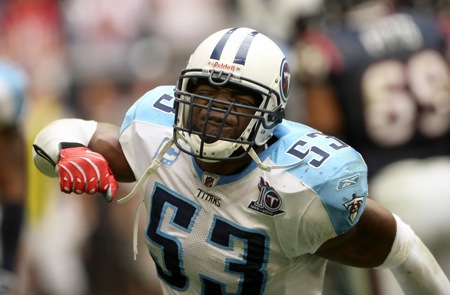 Boom King and Big Albert Haynesworth will miss the rest of the regular season, but it's looking pretty good that they'll be ready to go for the playoffs in a month.  Albert has an MCL sprain and Boom King will undergo a small surgery to repair his groin muscle.

This weekend's match-up, pitting the Titans against the Steelers, will pretty much decide who is the no.1 seed in the AFC... Anyone disagree that if Hanesworth and Boom King were healthy against this chumpy Steelers O-line we'd have more sacks than they'd have points at the end of the game?

After the disgustingly amateur performance of Gus Johnson and Steve Tasker last week, it'll be nice to have Phil Simms and Jim Nantz back in the Titans booth this week against the Steelers.  MCM is reporting that Johson and Tasker were supposed to do the game but showed-up in Pittsburgh because they STILL DON'T REALIZE THE GAME IS IN NASHVILLE... plus maybe Nantz-Simms won't be creaming their trousers every time the opposition gets a first down, completes a pass or just walks upright.

Hartley nailed it in the comments yesterday, and Paul Kuharsky expands upon it here: we could really use some Mookie Johnson right now. The good news is that someone on the Titans staff told PK a month ago that Mookie's replacement, Stanford grad Amon Gordon, was just as good if not better.

Yesterday Jeff Fisher took much of the blame for the loss, but now he's pointing out what we've been talking about here: you won't win many games with 12 measly points and no offensive TDs.

Gil Brandt comes through with a good read about the Titans and Giants looking closer to the pack than ever before.

This week's Yahoo! Team Report contains this gem about the Titans passing game's failures in Houston:

• Fisher also defended QB Kerry Collins, who took the blame himself after completing just 15 of 33 passes for 181 yards and one interception. Collins overthrew and misfired on several passes, including the fourth down play to WR Justin McCareins. However, Fisher said the receivers were to blame on some plays for cutting off their routes.

"It was not just all the quarterback. I think it was a combination of things. We had many opportunities on the field to make plays," he said. "Everybody was taking turns offensively (messing up)."

The awesomely named Gary Glenn (Coffee is for closers only!) gives us this profile of LenDale 'Smash' White.